HOLY FATHER. Pope Francis celebrates Mass for the Feast of Epiphany in Saint Peter's Basilica at the Vatican January 6, 2022.

Facebook Twitter Copy URL
Copied
The donation will be sent to the most affected parishes and dioceses, says the Vatican

MANILA, Philippines – Pope Francis has pledged an initial P5.8 million (100,000 euros) for victims of Typhoon Odette (Rai) in the Philippines, the Vatican announced.

According to a bulletin published by the Vatican on Tuesday, January 18, the donation would be sent through the Dicastery for Promoting Integral Human Development.

“Following Typhoon Rai which reached the Philippines with extraordinary vehemence, affecting – according to United Nations sources – about 8 million people in 11 regions, and causing considerable material damage, Pope Francis has decided to send an initial contribution of 100 thousand euros for aid to the populations, through the Dicastery for Promoting Integral Human Development,” the Vatican said in an announcement in Italian.

In December 2021, Typhoon Odette wreaked havoc in the central and southern Philippines – affecting major islands Visayas and Mindanao. As of January 14, Manila’s National Disaster Risk Reduction and Management Council has recorded at least 406 deaths due to the typhoon. 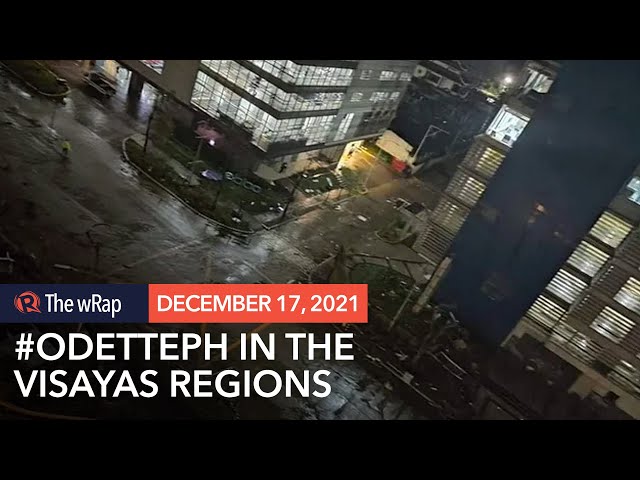 The donation will be sent to the most affected local parishes and dioceses, according to the Vatican.

“In collaboration with the Apostolic Nunciature in the Philippines, this sum will be sent to the local Church and destined to the dioceses most affected by the calamity to be used in assistance works,” the Vatican said.

“This contribution, which accompanies the prayer in support of the beloved Filipino population, is part of the aid that is being activated throughout the Catholic Church and which involves, in addition to various Bishops’ Conferences, numerous charitable organizations,” it added.

After the devastation of Typhoon Odette in December last year, Pope Francis expressed his concern for the Philippines.

The pope even said that the Santo Niño may bring hope and consolation to the affected Filipino families. Santo Niño is a depiction of the child Jesus and is a prominent religious symbol in the Philippines. – Rappler.com