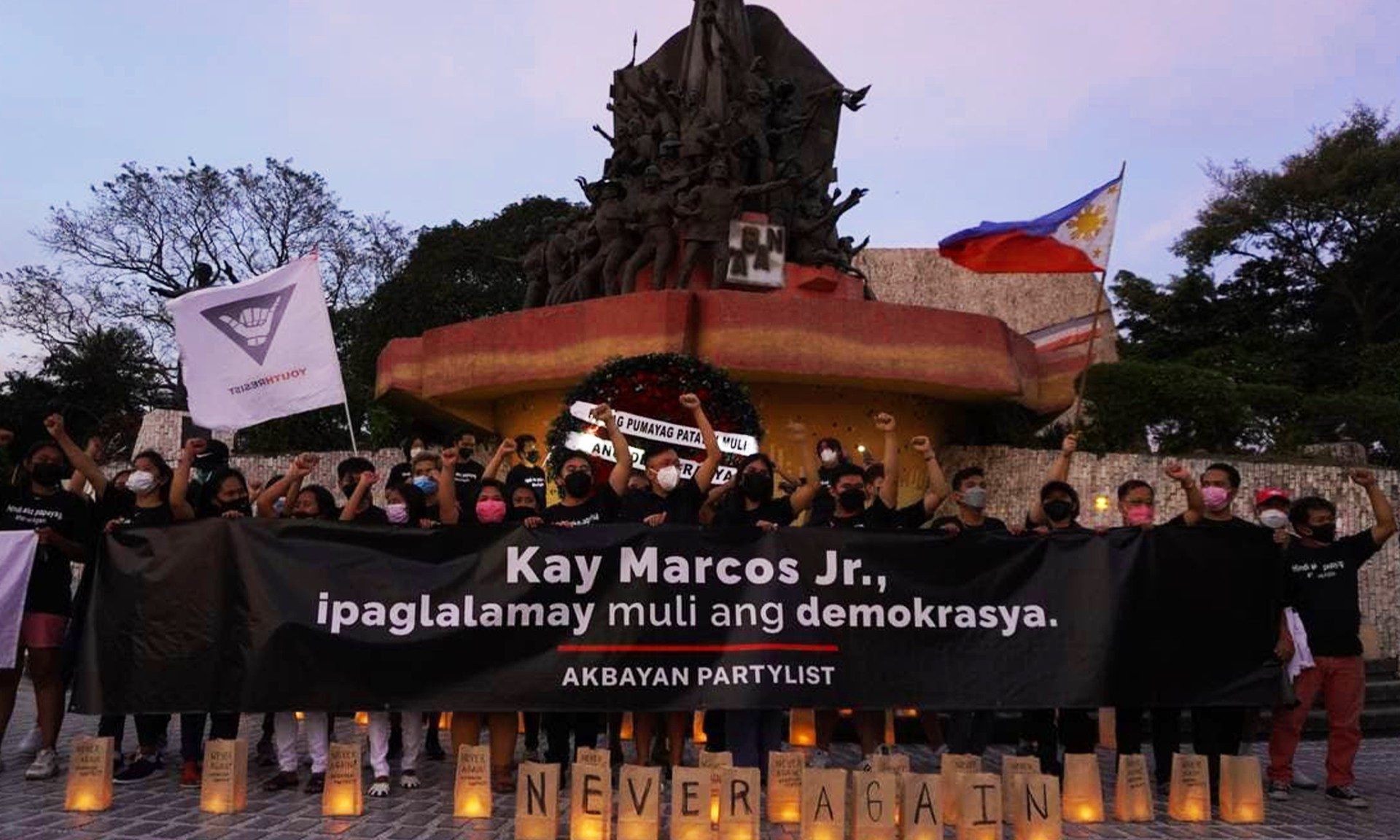 PEOPLE POWER. Members of political group Akbayan hold their advanced commemoration of the EDSA People Power Revolution on Sunday, February 20. The country will be commemorating the 36th anniversary of the uprising on February 25.

MANILA, Philippines – Various groups and institutions are preparing for the 36th anniversary of the EDSA People Power Revolution on Friday, February 25.

Exactly 36 years ago, the people-led revolt toppled the tyrant and dictator Ferdinand Marcos. Now, his son Ferdinand “Bongbong” Marcos Jr. is seeking the presidency to reclaim their power.

On Sunday, February 20, members of political group Akbayan held an advanced commemoration of the revolt at the EDSA People Power Monument. The participants set up a six-foot diameter giant funeral wreath at the monument with the message, “Huwag pumayag patayin muli ang demokrasya.” (Don’t let democracy be killed again.)

The Ateneo de Manila University, meanwhile, will hold an online forum to give the younger generation insights into what transpired during the historical people power uprising.

Anti-Martial Law group Campaign Against the Return of the Marcoses and Martial Law and other groups will hold a forum about the role of the elections in achieving peace. The forum will be held on February 23.

The student council of the University of the Philippines Diliman also announced that they will hold a rally on Friday. The educational institution is the bastion of student activism especially during the dark days of Martial Law.

Meanwhile, the Archdiocese of Manila announced last week that a Holy Mass will be held at the EDSA Shrine on Friday. A monument of Our Lady of Queen of Peace had been erected at the said shrine.

Shortly after Marcos fled to Hawaii, the late Jaime Cardinal Sin thought of establishing the shrine as a memorial of the revolution.

Rappler also asked the presidential candidates about their perceptions of the people power revolt.

Labor leader and Partido Lakas ng Masa bet Leody de Guzman said the revolution was not entirely successful because of still unfinished business. According to De Guzman, although Marcos was toppled from power three decades ago, cronyism, poverty, and injustice still persist today.

[OPINION] #HindiItoAngHulingEDSA: Say what you wish about EDSA, it’s good 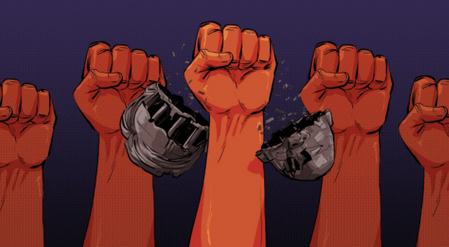 Manila mayor and Aksyon Demokratiko bet Francisco “Isko Moreno” Domagoso said it’s time to reject abuses by the powerful. Moreno also noted that people must remember that the government must be backed by the people.