MANILA, Philippines – A group of private hospitals will hold off a planned five-day “PhilHealth holiday” which was supposed to take effect from Saturday, January 1, to Wednesday, January 5.

A “PhilHealth holiday” means that private hospitals would not deduct state health insurance benefits from a patient’s bill. Patients would need to pay the full amount unless they are covered by other health insurance policies.

De Grano did not say when they would hold their planned strike. He said though that PHAPI decided to postpone the protest action as they want to educate the public first about the purpose of a “PhilHealth holiday,” and what needs to be done during its implementation.

PHAPI’s push for a “PhilHealth holiday” comes after months of delayed payments by the state health insurer. Hospitals lament that billions of pesos worth of reimbursements not given to them on time have hampered some facilities’ operations.

Responding to PHAPI, PhilHealth said last Friday, December 24, that it hoped De Grano would rethink the call for a “PhilHealth holiday.” The state health insurer has yet to comment on the latest development.

Back in August, PhilHealth chief Dante Gierran told lawmakers at the House of Representatives that the state health insurer’s debt as of August 24 was at P21.1 billion. At the time, the agency said P17 billion worth of claims were “in the pipeline awaiting documentation.” 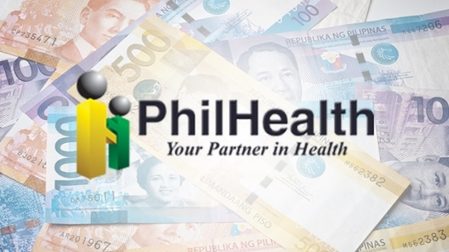 ‘PhilHealth holiday not the cure’

Meanwhile, a union of PhilHealth workers appealed to PHAPI to rethink its planned protest action.

“This five-day holiday, and worse, a plan to disengage with PhilHealth is not the cure that the Filipino people need in a pandemic,” said Fe Francisco, president of PhilHealth Workers for Hope, Integrity, Transparency, and Empowerment (WHITE), on Wednesday.

“The employees’ union sympathizes with you and fully understands the impact of the pandemic on your resources. No one is spared from the reality,” she added.

PhilHealth WHITE stressed the need for the government to reorganize the state health insurer “to align mandates of the Universal Health Care Act and to speed up efficient digitization of the processes.”

“As a frontline institution in a pandemic, we appeal to the national government to take cognizance of this priority concern to empower the corporation to deliver its functions more efficiently,” Francisco said. – Rappler.com