The Quezon City government issued a show-cause order to Councilor Franz Pumaren on Wednesday, May 26, after his food distribution activity on Tuesday in Barangay Old Balara failed to enforce physical distancing protocols.

The city public affairs and information services department (PAISD) said the city was “conducting the necessary investigation over these reports and shall file appropriate case or cases as warranted”.

“Mayor [Joy] Belmonte reiterates her warning to all [residents], including officials, that they will be prosecuted, without fear or favor, if they violate health regulations and endanger the safety of the residents,” the city PAISD added. 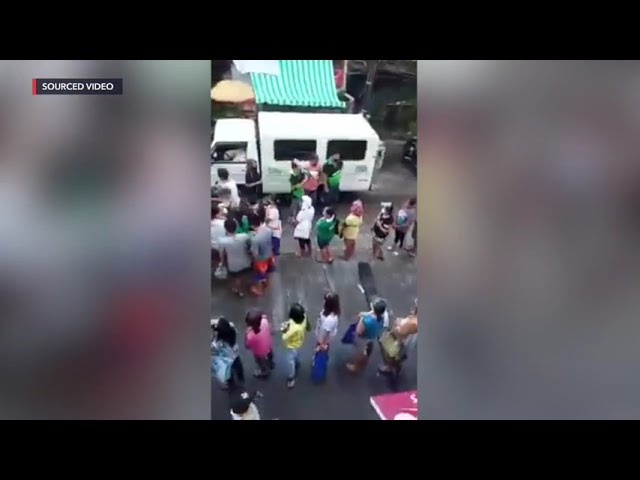 Pumaren said the overcrowding only happened when it rained during the event.

He said that their original plan was to visit different zones that day, but the rain made people from other areas proceed to where the food distribution was being held.

(We normally visit every zone. We started at 4:30 pm. When it began raining around 5 pm, people from other zones gathered where we were at the time.)

Pumaren said they have been conducting ayuda or food distribution activities since the pandemic began in 2020. Tuesday’s event was the only time there were lapses in compliance with health standards.

The basketball icon said he was ready to face the consequences of that event.

“This is not a social event, or a recreational event. This is one way of giving help to the people. If I made a mistake, I’m very sorry about that,” he said in a mix of English and Filipino.

“I’ve been doing this for almost one year. Nothing [bad] had happened,” he added.

The city government said it would conduct COVID-19 testing among participants of the activity.

The controversy came days after an improvised pool party and drinking session in Barangay Nagkaisang Nayon in Quezon City turned into a “super spreader” event.