Randy Echanis laid to rest as tension escalates in probe 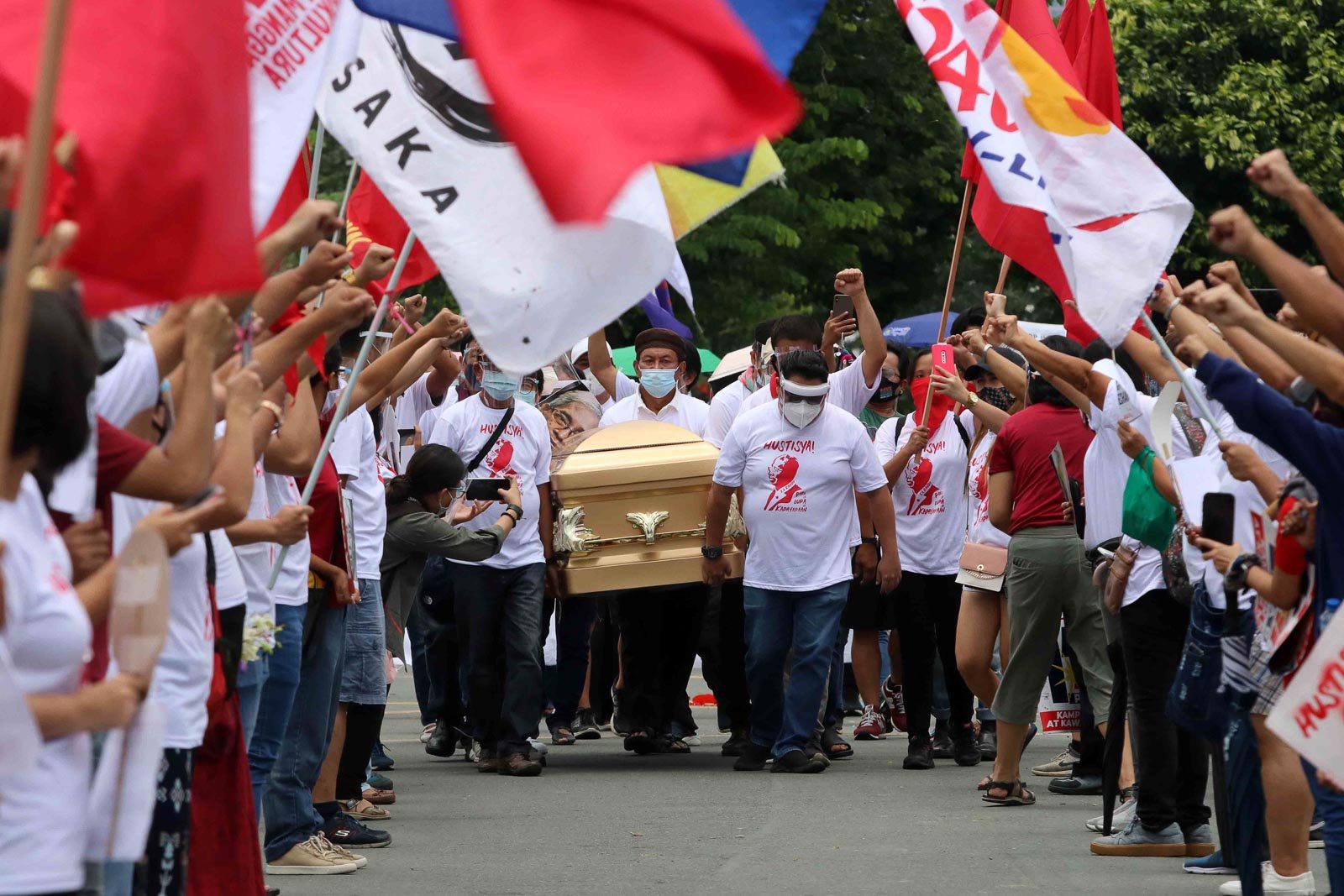 Slain NDFP Consultant and long-time activist Randall Echanis is laid to rest at the Loyola Memorial Park in Marikina on August 17, 2020. Photo by Pino Arcenas/Rappler

Slain Anakpawis chair Randall “Randy” Echanis has been laid to rest on Monday morning, August 17, at the Loyola Memorial Park in Marikina City.

A mass was held in La Funeraria Paz, Quezon City, then a funeral procession brought him to his final resting place.

The walk was imbued with protest as mourners wore shirts and carried banners that called for justice for Echanis amid rising tensions between the police and Echanis’ colleagues and family members.

Echanis is known for leading causes for agrarian reform. He is credited for his work in helping craft the the Genuine Agrarian Reform Bill (GARB).

Why the conflict in the probe?

From the beginning of the probe into his death, Echanis’ colleagues and the police have had escalating tensions.

It began with the tug of war over the custody of Echanis’ body. After his widow, Erlinda, claimed it, police took it again, claiming that Echanis needed to be identified with a laboratory test because the identification card found with him after death was named “Manuel Santiago.”

The police’s own fingerprint test confirmed the body was Echanis. The police released his remains for autopsy and burial on August 12.

On August 10, police claimed there was no forcible entry into Echanis’ residence, suggesting that Echanis knew his killers or he left his front door unlocked.

Echanis’ colleagues from Anakpawis disputed the claim, after dispatching a team that saw the door of his apartment with missing parts.

Anakpawis and the National Union of Peoples Lawyers have called for the PNP to stay out of the investigation and pass it instead to other agencies for a independent probe.