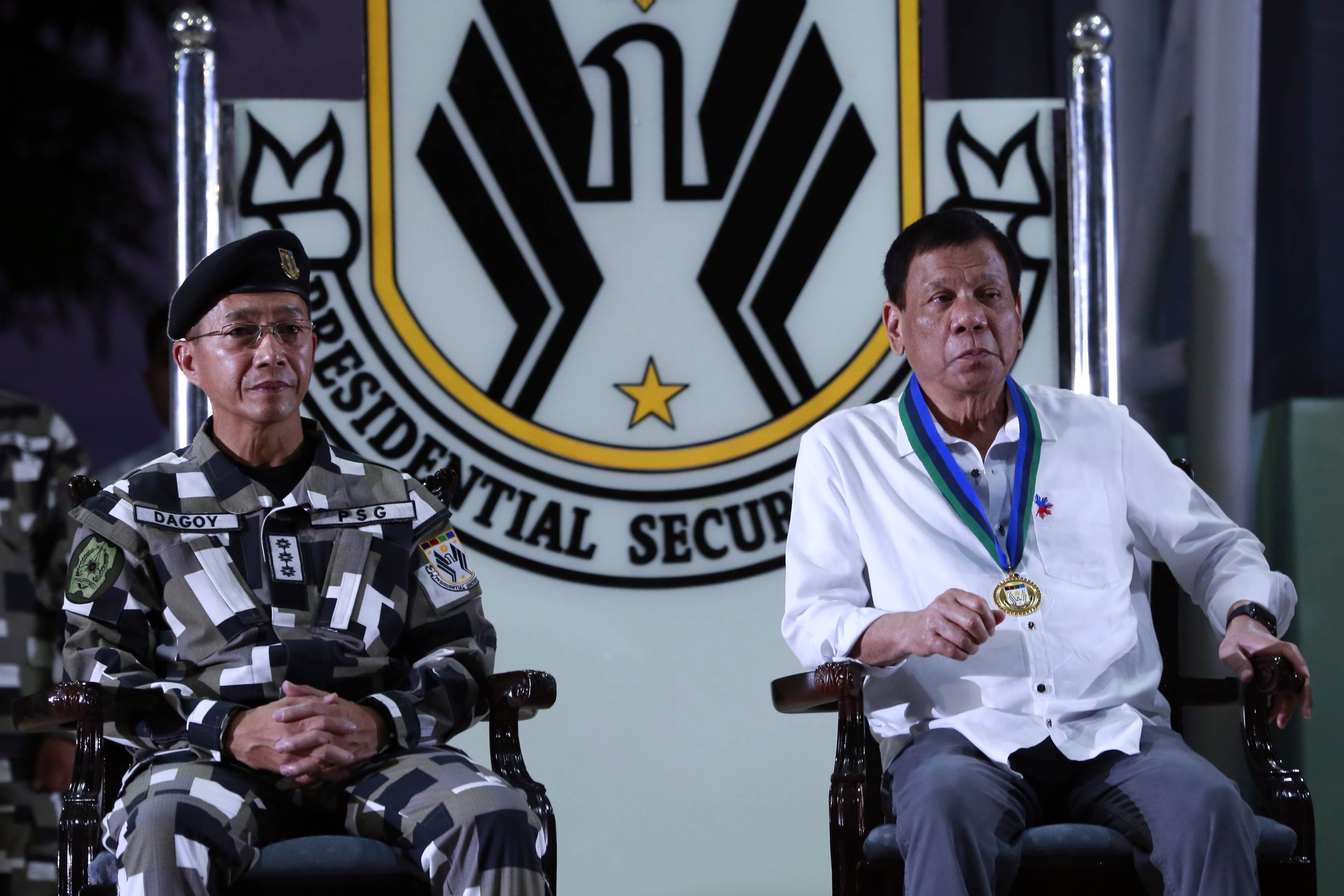 MANILA, Philippines (UPDATED) – Rappler on Wednesday, February 21, denounced the threat made by Presidential Security Group chief Brigadier General Lope Dagoy against the news site and its Palace reporter, Pia Ranada, calling his actions “conduct unbecoming of an officer and a gentleman.”

In a statement, Rappler demanded an apology from Dagoy for telling Ranada that she should be grateful that the PSG personnel who stopped her at the New Executive Building gate in Malacañang on Tuesday, February 20, did not hurt her after she supposedly "bullied" him with questions.

“We denounce the threat made by the commander of the Presidential Security Group against Rappler and its Malacañang reporter Pia Ranada,” Rappler said.

“Dagoy’s statement is conduct unbecoming of an officer and a gentleman, coming as it did from a soldier who took his oath to defend civilians, who stands closest to the seat of power, and who serves an organization that has shown, time and again, its respect for and appreciation of civilian institutions such as Rappler,” it added.

The news site demanded an apology from Dagoy or for him to be sanctioned by his superiors.

“We ask General Dagoy to apologize for his outburst or for his superiors to take him to task for threatening to use force outside the battlefield,” it said.

In reaction, Dagoy said on Wednesday: "You see how selective they are in finding fault at me without giving the people the whole picture of the incident. I challenge Rappler that they present the whole video to the public and let them decide who between us made the grievous mistake on what transpired during the incident.

In an interview with  Communications Assistant Secretary Mocha Uson on Tuesday, Dagoy accused Ranada of "bullying" PSG Corporal Marc Anthony Cempron, who had initially kept her from entering the NEB gate to attend a press briefing. He based his assessment on Ranada's repeated questions as to why she was not allowed entry, when she was a member of the Malacañang Press Corps.

In a text message to Ranada on Wednesday, Dagoy reiterated, "It was good that my soldier did not hit you when you were bullying him." (Ranada's video footage of the entire incident can be viewed above.)

Defense Secretary Delfin Lorenzana called out Dagoy for making the remark, saying it was "uncalled for".

Ranada and the MPC were not informed about President Rodrigo Duterte's order to ban her from Malacañang.

The President issued the order to the head of the Palace Internal House Affairs Office just the night before on Monday, hours after the Senate hearing on the Philippine Navy frigates deal, where Special Assistant to the President Bong Go branded as "fake news" reports of Rappler and the Philippine Daily Inquirer on the project. (READ: Rappler statement on Bong Go's fake news accusation)

Duterte issued the order because Ranada's reports "irritated" him, according to Presidential Spokesperson Harry Roque. Executive Secretary Salvador Medialdea offered a different reason – the Securities and Exchange Commission's decision to revoke Rappler's registration, even if this was on appeal and not yet final and executory.

The MPC asserted on Wednesday that Ranada continues to be its member and free to cover presidential events unless the SEC ruling becomes final. – Rappler.com