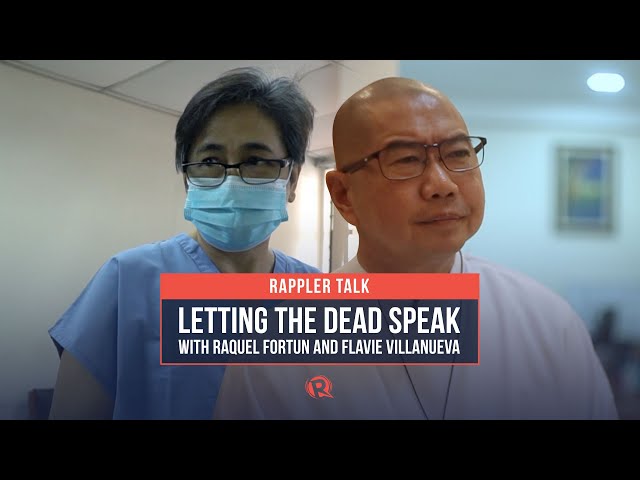 MANILA, Philippines – After a year of investigation, forensic expert Raquel Fortun and activist-priest Flavie Villanueva come out with damaging findings on the Duterte drug war.

They found that the death certificates of some drug war victims were faked: they were declared to have died of natural causes, like sepsis, but were actually shot dead.

Upon examination of case folders, Fortun also found that investigations had glaring deficiencies, with investigators not gathering enough forensic evidence to solve the cases.

In total, Fortun and Villanueva looked into 46 cases. Their mission was to “let the bones speak.”

Fortun and Villanueva’s initiative adds to the few local probes into the drug war. International investigators are barred, while local probers cannot get cooperation from the government.

In this episode of Rappler Talk, multimedia reporter Rambo Talabong sits down with Fortun and Villanueva to talk about what they found out and how they plan to continue with their investigation.

Watch the interview live on Rappler on Thursday, April 21, at 1 pm. – Rappler.com