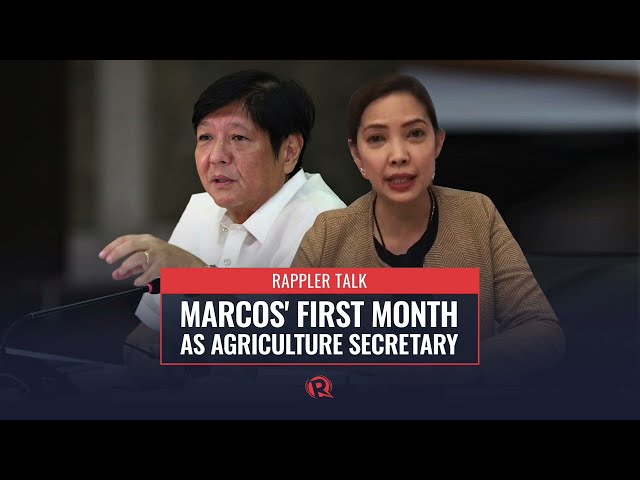 MANILA, Philippines – It has been nearly a month since President Ferdinand Marcos Jr. became the first Philippine president to serve concurrently as agriculture secretary.

Rappler senior reporter Pia Ranada speaks with Agriculture Undersecretary-designate and spokesperson Kristine Evangelista about what Marcos’ first 30 days as agriculture chief have been like.

Marcos took on the post as various factors, including the Russia-Ukraine war, pushed up prices of basic commodities. Prices for sugar, flour, eggs, pork, fertilizer, and oil have skyrocketed, putting pressure on the President to live up to his promise of making food more affordable for Filipinos. One of his campaign promises that stuck with people’s minds was to bring down the price of rice to P20 per kilogram.

How did Marcos use his first month in power to get closer to fulfilling his promises? Watch this interview at 5 pm on Friday, July 22, on this page and Rappler’s YouTube and Facebook pages. – Rappler.com