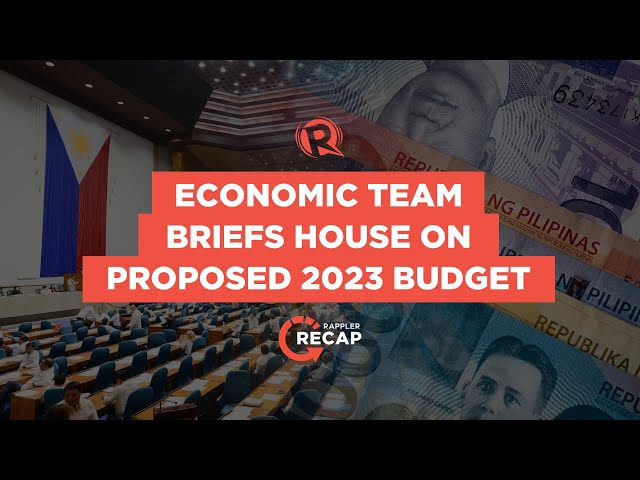 MANILA, Philippines – Budget season at the House of Representatives officially started on Friday, August 26, with the briefing of the Development Budget Coordination Committee (DBCC) before members of the body during session.

In a hearing that spanned eight hours, lawmakers took turns asking President Ferdinand Marcos Jr.’s economic managers about the proposed P5.268 trillion budget and on how government funds were used in previous years.

House leaders have set a self-imposed deadline of October 1 – a day later than the initial September 30 deadline – to pass the proposed 2023 budget in the House. Budget Secretary Amenah Pangandaman hopes that the General Appropriations Act or the 2023 GAA would be signed into law by Marcos before Christmas.

Rappler reporter Bea Cupin, who covers the ruling coalition in the Philippines, gives a recap on the eight-hour deliberation, the 2023 proposed budget, and the dynamics of Malacañang and the 19th Congress. – Rappler.com