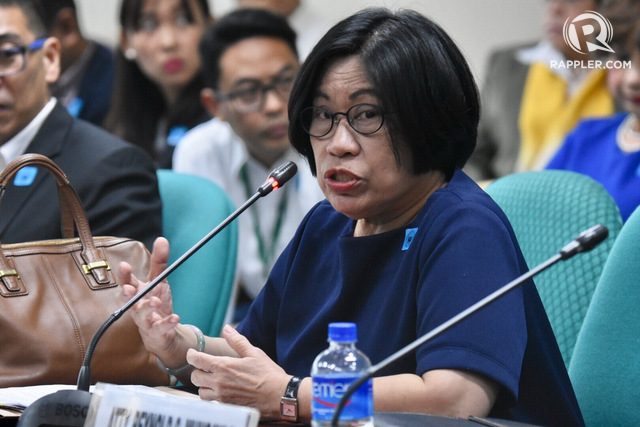 MANILA, Philippines – “With finality,” state auditors disallowed the P92.74-million salary increases that former Securities and Exchange Commission (SEC) officials and employees gave themselves in 2012, drawing them from the agency’s retained income.

The Commission on Audit (COA) refused to reconsider its earlier ruling to disallow the pay hike authorized by the following SEC officials:

In a four-page resolution, the COA Commission Proper told the SEC officials and employees to refund the P92.74 million.

The SEC executives and personnel claimed that their commission had the full authority to determine their compensation package, and didn’t need to secure the Philippine president’s prior approval for such.

They also tried to justify drawing the salary increases from SEC’s retained income, saying that nothing in the Securities Regulation Code prohibited it.

It said the special provisions of the 2012 budget law – the year SEC granted those salary increases – in fact specified that SEC salary adjustments were “subject to the approval of the President, upon the recommendation of the DBM” or the Department of Budget and Management.

“Thus, the argument that the SEC has full authority to create its own compensation and position classification system and qualification standards necessarily fails,” the COA said.

In 2021, the High Court already ruled in the case filed by the SEC against COA that it was improper for the SEC to charge personal services against its retained income. – Rappler.com