Facebook Twitter Copy URL
Copied
The justice secretary says: 'We are not complying [with] any demand. We are doing this...to inform them that we are doing something [about] the problems we are supposed to solve on our own.' 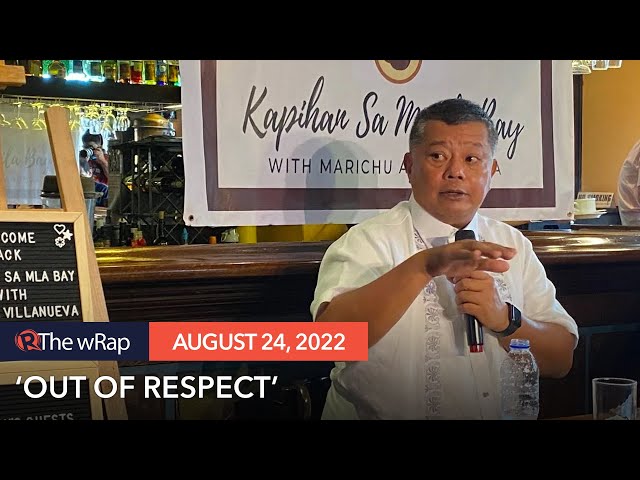 MANILA, Philippines – Weeks before the September 8 deadline, the Philippine government is submitting its comment to the International Criminal Court (ICC) out of respect, and not necessarily out of “compliance,” Justice Secretary Jesus Crispin Remulla said on Wednesday, August 24.

The justice secretary added: “We are not complying [with] any demand. We are doing this as a matter of comity to inform them that we are doing something [about] the problems we are supposed to solve on our own.”

The ICC did not require the comment, but as part of due process, invited the Philippine government to send one. 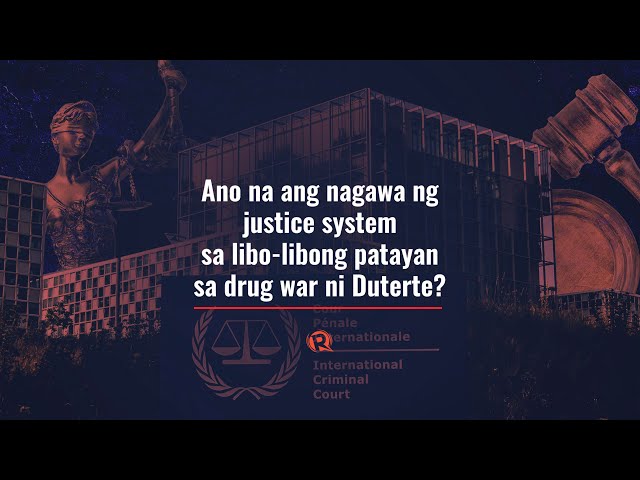 The invitation to send a comment came after ICC Prosecutor Karim Khan asked the pre-trial chamber to resume the probe into the drug war killings – including killings in Davao City when Duterte was the local chief executive.

If the government will indeed submit a comment, the document is expected to contain proof that the Philippine justice system is working and is able to exact accountability for the alleged drug war crimes.

During the forum, Remulla repeatedly claimed the justice system is working: “We have an existing justice system that is characterized by our rule of law so if the decision is to pull out from the ICC, so be it. We will just determine the responsibility of people through our own means.”

Duterte withdrew Philippine membership in the ICC in March 2019. The investigation into the killings, however, was not affected by the withdrawal because the Rome Statute, to which the Philippines is a signatory, demands cooperation in all proceedings that started before a country’s actual withdrawal.

As intervention, the justice secretary said they are looking for witnesses of extrajudicial killings and put them under the witness protection program (WPP). During the press briefing, Remulla said at least 12 cops have been charged for murder in relation to the drug war.

“That’s why as I was saying earlier in the day, when I started my spiel here, is that we are looking for witnesses for EJKs and that the NBI and DOJ will process the information. We will use WPP to protect those who will give us the leads, the testimonies, and we are not stopping,” Remulla said. The government’s drug war review was started in 2020 by then-justice secretary Menardo Guevarra. However, the effort was considered insufficient by ICC Prosecutor Khan. He described it as a “mere desk review” because it mostly involved administrative, and not criminal, sanctions.

Remulla also reiterated that the country is no longer part of the ICC: “We have withdrawn from the Rome Statute and there is no compulsive process for them to go into the country and start investigating anything.”

In 2021, the Supreme Court said the Philippines is still mandated to cooperate in the ICC’s criminal proceedings despite its withdrawal. Article 27 of the Rome Statute states that all proceedings done prior to the withdrawal remain valid even after withdrawal. – Rappler.com