MANILA, Philippines – Incoming justice secretary Jesus Crispin “Boying” Remulla said that for now, the government of president-elect Ferdinand Marcos Jr. would not be “rocking the boat” by abolishing 1987 creations that directly impacted their family.

In a Rappler Talk interview on Tuesday, May 31, Remulla also indicated the country may be headed toward charter change, citing the need to shift to federalism to equalize opportunities.

“…Many people are telling me why not have the Senate regionally elected instead of nationally elected, it would be less cost,” he said. It’s essentially a path to federalism, said Remulla. 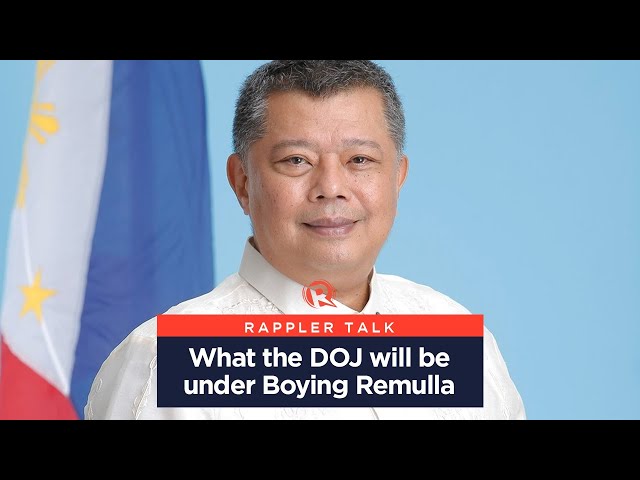 “Yes, leading to federalism, it’s the only way that we can really equalize the opportunity in the country,” Remulla said.

Marcos ran under the young Partido Federal ng Pilipinas (PFP) without thoroughly discussing federalism in the campaign as the team focused more on unity than platforms.

President Rodrigo Duterte got as far as creating a consultative committee, which in turn, got as far as submitting a draft federal constitution.

Would federalism run full-steam ahead under Marcos?

“Hopefully, I would still have to consult him on that, it’s a personal point of view of mine, based on what people have told me, the discussions I’ve had with many of the lawmakers, and we will wait and see. It’s a honeymoon period now, might be the only chance that we can amend the Constitution,” said Remulla.

One of the thorniest issues in charter change is the mode: via People’s Initiative, a constituent assembly (Con-Ass) composed of members of Congress, or a constitutional convention (Con-Con) consisting of elected delegates.

During House debates on charter change in 2021, Remulla expressed a preference for Con-Con.

Not rock the boat for now

But Remulla said the Marcos government would not “rock the boat right now.”

It was in response to a question on whether abolition is the future of agencies like the Presidential Commission on Good Government (PCGG), created by the Corazon Aquino administration in 1986 with an exclusive mandate to recover stolen wealth of the Marcos family and their cronies. 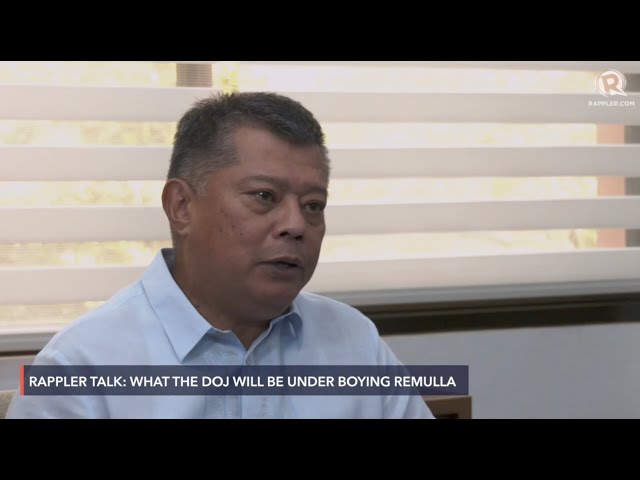 “I really don’t know now but I don’t think we want to rock the boat right now on that matter, because it’s not  politically correct, and there are pending incidents in the courts, but I dont think it’s right for us to do anything drastic about that, because it’s mentioned in the Constitution,” said Remulla.

Another such agency is the Commission on Human Rights (CHR), created by the 1987 Constitution and mandated to investigate state abuses. It was a response to the abuses committed under the dictator’s Martial Law.

Remulla called it a “paradox” that Marcos would have to abide by the 1987 Constitution which the Cavite lawmaker described as “really written by the Cory [Aquino] government to make the Marcoses liable for everything that was alleged to have been done.”

The CHR board is empty now as the commissioners’ terms of seven years each ended within the transition period. Remulla said, “I don’t think the President [Duterte] can still appoint now, so it would be President Marcos.”

“This is the paradox of all, the person who is to assume office was very much affected by the way this Constitution was passed…he will swear, he will obey the Constitution, so be it, he will do that, I have no problem, but it’s just a paradox I want to point out,” said Remulla.

“[But he was] elected with the biggest margin, majority of the people, what is more important now, the sovereign will or what? Di ba (isn’t it the) sovereign will?” said Remulla. Remulla admitted that military abuses were the main problem during the dictatorship, saying he was also picked up as a young student for questioning by the Metrocom Intelligence and Security Group (MISG). Remulla was a student at the University of the Philippines (UP) during Martial Law.

Many of Marcos’ supporters deny that there were atrocities during that period.

“Alam mo ang naging problema ay ‘yung abuso ng military talaga, problema natin noon, I was also invited for questioning by the MISG when I was a young student. I went through that, I don’t like that. Sino ba ang may gustong pi-pick-up-in ka, ang bata-bata mo, tapos ang mga kaharap mo nakakatakot, ayaw ko nun, I don’t like that,” said Remulla.

(You know our problem during that time was really military abuses. I was also invited for questioning by the MISG when I was a young student. I went through that, I don’t like that. Who would want to be picked up when you’re so young, and then be put before scary people, I don’t like that.)

Remulla, whose father, former Cavite governor Juanito Remulla, was a staunch ally of the late dictator, said that remembering needs to include the other dark years of the country, like the Spanish, Japanese, and American colonization periods

(Compare Martial Law years to 600 years, the Japanese and the Americans did worse things to us, we experienced a lot more sufferings under them, so why are we only pointing to Martial Law, isn’t that political?)

Remulla is miffed by journalists who always refer to president-elect Marcos as a son of the dictator, saying it shows bias and slant. In an earlier interview, he said that the agenda of big corporations dictate the way news is presented by media companies.

On Tuesday, Remulla clarified that his statement does not mean he would order investigations into these media companies.

“No, no, not happening. Media is always necessary in a democracy, it’s just a passionate plea to the media to please, tell the story, but don’t put editorial on it while you’re telling the story,” said Remulla. – Rappler.com