MANILA, Philippines – House Assistant Majority Leader Richard Gomez of Leyte’s 4th District used the privilege hour in the plenary to lament the shortage of funds local government units (LGUs) are facing in light of the full devolution of basic services.

LGUs will receive a lower share of national taxes for 2023 (around P820 million) compared to the current year (P950 million) because the basis of the computation for next year was the low tax collections in 2020, the first pandemic year. 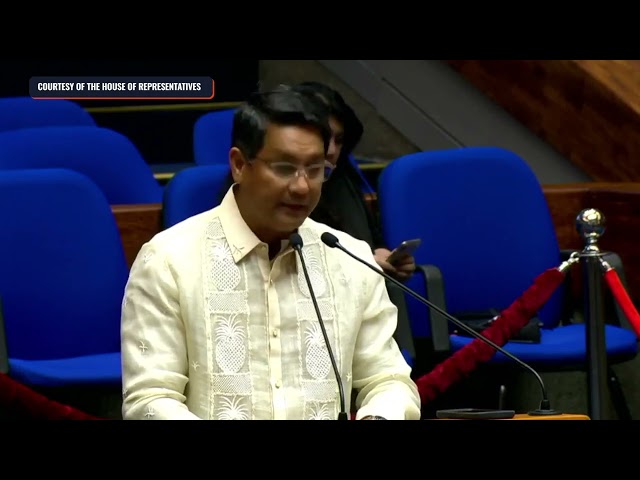 Gomez – once a two-term mayor of Ormoc City – said LGUs are struggling to mitigate the impact of Executive Order No. 138, which allowed national government agencies to stop financing certain national programs, projects, and activities, and instead let local government units look for funding themselves.

The justification behind the Duterte administration-era order was that LGUs are supposedly already capable of full devolution after the Supreme Court, in a landmark ruling in 2018, resolved that LGUs are entitled to a all national taxes, not just those collected by the Bureau of Internal Revenue.

But Gomez pointed out that the national tax allotment (NTA) allotted to LGUs is not proportional to the cost of the devolved programs.

“We have a systematic problem. The current calculation for NTA does not aim for peso-for-peso correspondence between the NTA that each LGU receive and the cost of devolved programs for that particular LGU,” the actor-legislator said.

“I believe that this among other considerations signals an imminent funding crisis for LGUs for 2023 and 2024,” he added.

LGUs in Leyte as examples

Gomez cited two LGUs in Leyte, both from different income classifications, but were grappling with devolution-driven financial problems.

Merida – a fourth- or fifth-class municipality depending on which government agency made the income classification – will have to make do with a P23-million budget cut in 2023.

“This has resulted in some canceled agricultural programs, and 50% reduction in funding for medicine for communicable diseases and preventive medicine,” he shared. “The municipality’s assistance for individuals in crisis (AICS) has also been reduced.”

Back in June, President Ferdinand Marcos Jr. acknowledged the complications brought about by EO 138 and the Mandanas-Garcia ruling during his first State of the Nation Address (SONA).

He had specifically cited the “complications” that arose “over the question of repair of school buildings in relation to the Mandanas-Garcia ruling.”

Because of EO 138, Deped has been allowed to pass the responsibility of local infrastructure services – particularly the construction of public elementary and secondary schools – to LGUs.

For the national government’s 2023 budget, the Marcos administration is seeking nearly P28.9 billion for its local government support fund (LGSF), a substantial increase from the current year’s appropriations worth nearly P18 billion. The interior department has said the proposed P10-billion bump is meant to soften the blow that would be caused by by the functions that the national government had devolved to LGUs.

Poorer municipalities are also expected to benefit from the growth equity fund (GEF) under the LGSF would be determined by the following criteria: income class of the local government unit, poverty incidence, and national tax allocation per capita. – Rappler.com