Facebook Twitter Copy URL
Copied
(3rd UPDATE) Human Rights Watch says the operations 'appear to be part of a coordinated plan by the authorities to raid, arrest, and even kill activists in their homes and offices'

Human Rights Watch (HRW) denounced the crackdown on activists in the Calabarzon region, where 9 were killed and 6 were arrested by authorities on Sunday, March 7.

In a statement, HRW deputy Asia director Phil Robertson said their group is “seriously concerned” about news reports on the raids conducted by police and the military in various provinces in Calabarzon.

The operations come two days after President Rodrigo Duterte ordered the Philippine National Police (PNP) and the Armed Forces of the Philippines (AFP) to “kill” and “finish off” communist rebels in encounters. 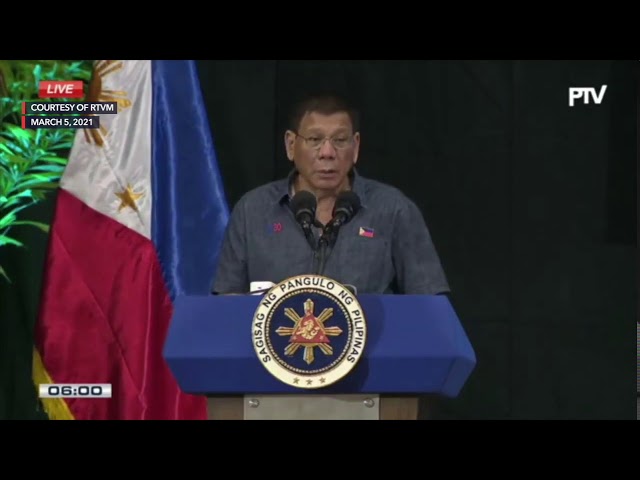 “Based on these reports, these raids appear to be part of a coordinated plan by the authorities to raid, arrest, and even kill activists in their homes and offices,” said Robertson.

He also said these raids “are clearly part of the government’s increasingly brutal counterinsurgency campaign.” Robertson then pointed out that this campaign “no longer makes any distinction between armed rebels and noncombatant activists, labor leaders, and rights defenders.”

HRW also noted that the raids happened in provinces under the jurisdiction of the AFP Southern Luzon Command, whose head is Lieutenant General Antonio Parlade Jr.

Parlade is also the chief of the government’s National Task Force to End Local Communist Armed Conflict. He has repeatedly red-tagged multiple personalities.

Robertson then urged the government to look into the spate of killings.

“The Philippine government should act now to investigate the use of the lethal force in these raids, stop the mayhem and killings that [have] gone hand in hand with the practice of red-tagging, and respect the rights of Filipinos to exercise their civil and political right, and dissent.”

Karapatan said it is appropriate to call March 7 “Bloody Sunday.”

In a statement, Karapatan secretary-general Cristina Palabay said the “Duterte regime is now unleashing the unbridled horrors of fascism and the crackdown on dissent upon the Southern Tagalog region using the same dirty tactics.”

“The fascist Duterte regime spares no day in its murderous campaign of state terror with the arrests and killings of labor leaders, organizers, activists, and human rights workers in Tokhang-style raids in Southern Tagalog today – along with peddling the same lies and dirty tactics, from the bogus search warrants, the ‘nanlaban’ (fought back) narrative to the tanim-ebidensiya (evidence-planting) scheme to justify these arrests and killings,” she added.

Kapatid, a group of families of political prisoners, condemned the arrest of one of its members, 61-year-old Nimfa Lanzanas.

“We call for their immediate release from detention as we believe that the cases being lodged against them are all fabricated to stop them from doing the work they do, which is to simply help people and stand up against injustices,” Kapatid spokesperson Fides Lim said.

“President Duterte and the police and military have shown no qualms targeting and killing unarmed civilians especially those who are critical of his administration,” PILC said in a statement.

“We hold them accountable for this spate of assault on activists.” – Rappler.com