Facebook Twitter Copy URL
Copied
(1st UPDATE) 'The first thing should be the safety of the Filipinos there,' says Vice President Leni Robredo

Vice President Leni Robredo said the government’s top priority should be the safety of Filipinos in Ukraine, which has over 300 Filipinos. (READ: LIVE UPDATES: Russia-Ukraine crisis)

“The government should lock on this because the conditions may shift. It may be okay now, but it may change in a few days,” Robredo said in Filipino in an interview in Cebu on Thursday, February 24.

As of press time, Russia continues its advance into Ukraine, breaching its northern, southern, and eastern borders, bombing military targets near Ukraine’s cities. At least 7 people have been reportedly killed. 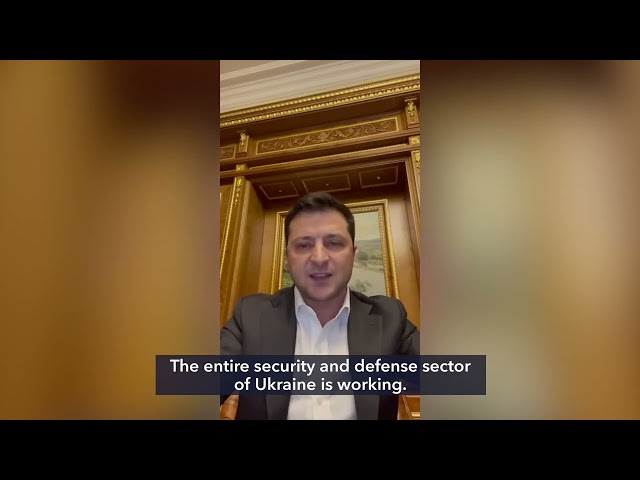 Robredo said the government should have already laid out plans for the evacuation of Filipinos who would wish to flee the conflict.

“The first thing should be the safety of the Filipinos there,” Robredo said.

Both Moreno and Robredo said the government should prepare for how the conflict would affect the prices of goods in the Philippines, which has only recently begun to loosen its lockdowns as infections reached record lows.

“We need to study it while it’s early, how it will affect the lives of people, the ordinary people, the price of goods, and the essential goods,” Moreno said in an interview in Filipino on Thursday.

Dictator’s son and presidential candidate Ferdinand “Bongbong” Marcos Jr. also called on the government to “speed up on the mass repatriation while we can still do so,” adding that it was time to proceed with the crisis management mechanisms and exit strategies arranged by the Philippine Overseas Labor Office.

He said in-country relocation of overseas Filipino workers away from Kyiv may not be safe, as different areas have also been attacked and the magnitude of ongoing armed conflict is uncertain.

In a statement, presidential candidate Leody de Guzman slammed Russia for invading Ukraine, calling it an “imperialist” power. He said the Duterte government should not express support for any country, should remain “non-aligned”, and should call for “peace and brotherhood with nations around the world.”

Rappler sought the comment of other presidential candidates, but they have not replied as of posting. – Rappler.com