Getting vaccinated, debunking lies can be acts of heroism, says Robredo VACCINE EXPRESS. Vice President Leni Robredo (R) watches while a man gets his COVID-19 shot through her Vaccine Express initiative in Manila.

Vice President Leni Robredo said all Filipinos are called to be heroes, that even the simple act of getting vaccinated against the coronavirus or debunking lies amid the pandemic can be acts of heroism.

This was the Philippine opposition leader’s message as Filipinos marked National Heroes’ Day amid the second year of the COVID-19 crisis on Monday, August 30.

For Robredo, no act is too small for one to be a hero.

(The truth is – especially in this time of crisis – every Filipino is called to be a hero. Your actions need not be grand; every act, no matter how small, can be a form of heroism as long as It is done for the sake of others.)

(In times like this, heroism can take the form of the medical profession; getting vaccinated; following health protocols, sharing the truth and debunking lies; and helping those in need as much as you can.)

Robredo said all Filipinos can be heroes in their own way, their potential passed on from their ancestors who risked their lives to stand up to colonial invaders generations ago.

(At home, in school, in the office, or in our own communities, we are all called to be heroes – in every opportunity, in our own ways. History has been our witness: We are a people of heroes.) 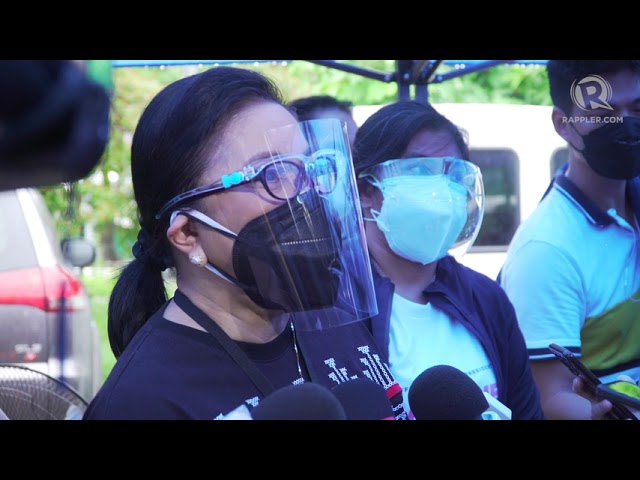 Robredo has hinted at her intention to gun for the presidency in the high-stakes 2022 polls.

While she is still discerning her electoral bid amid her low ratings so far, pre-election surveys still indicate Robredo as the most viable opposition standard-bearer in 2022.

Robredo’s office has long been praised for running effective relief drives and other projects that fill in the gaps in the pandemic response of President Rodrigo Duterte’s government – from free swab testing in areas that are high-risk for COVID-19 to free drive-through vaccinations in various cities and municipalities.

The Vice President’s office was able to pull these off even with a meager annual budget. For 2022, Robredo is proposing a budget worth P702.04 million. – Rappler.com