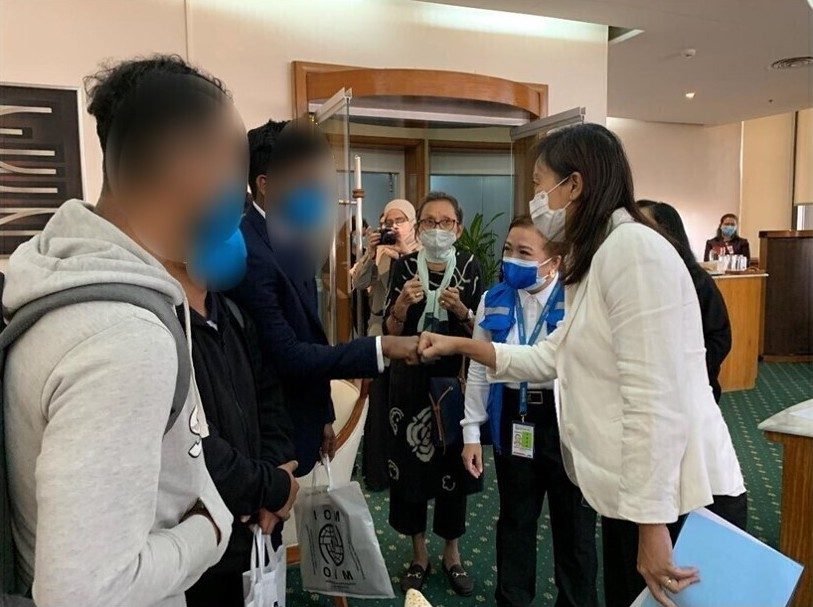 Facebook Twitter Copy URL
Copied
The refugees are participating in the country's pilot 'Complementary Pathways program,' where they would attend tertiary education institutions and have access to 'support and protection services'

MANILA, Philippines – The Philippines recently welcomed five Rohingya refugees who arrived in the country under a government program that will allow them to enroll in local schools for higher studies.

Department of Foreign Affairs (DFA) Spokesperson Tess Daza said on Monday, September 5, that the five Rohingya refugees were participating in the Philippines’ pilot “Complementary Pathways (CPath) program,” where they would attend tertiary education institutions and have access to “support and protection services.”

“The CPath beneficiaries are recognized as refugees under the protection of the Philippine government, ensuring their legal status and access to services in the country,” Daza said.

A readout from the DFA said the Rohingya participating in the program arrived in the country last August 30 and will be hosted in the Philippines for the duration of their schooling.

Daza declined to give more information on the refugees, saying sensitive details such as names and where they were studying or residing would be protected to avoid political persecution.

In a welcome ceremony, DFA Assistant Secretary for the Office of the United Nations and International Organizations Kira Christianne Azucena said the Philippines new CPath program was in keeping with its open-door policy.

The Philippines holds a track record in sheltering refugees, from 1,500 Jews after World War II to 2,700 Vietnamese boat people after the Vietnam War in the 1970s. In 2014, it hosted nine Rohingya refugees. – Rappler.com