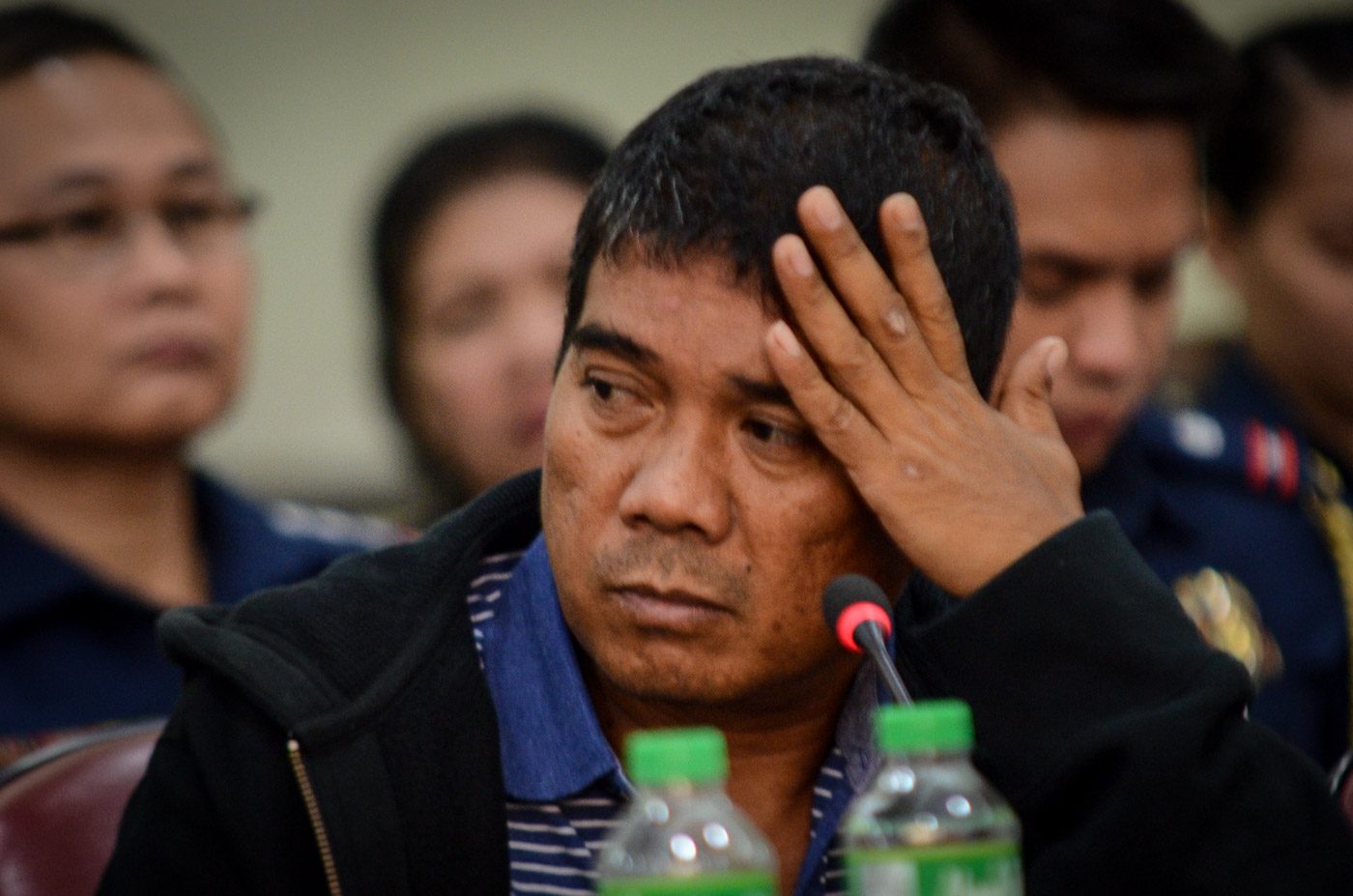 The House Committee on Justice reopens its investigation on November 24, 2016 into the proliferation of illegal drugs inside the National Bilibid Prison.

MANILA, Philippines – Ronnie Dayan is the latest to recant in the two counts of drug charges against jailed opposition senator Leila De Lima, saying his testimony in Congress in 2016 was also done out of coercion.

In November 2016, Dayan told the House of Representatives that he received on behalf of his boss De Lima drug payout from Kerwin Espinosa.

Dayan took the witness stand at the Muntinlupa Regional Trial Court to swear on his earlier-submitted affidavit to recant his 2016 testimony.

Former Oriental Mindoro congressman Reynaldo “Rey” Umali, who led the congressional hearings against De Lima in 2016, died in 2021 after a bout with late-stage liver cancer and COVID-19.

De Lima’s lawyer Rolly Peoro acknowledged that they “don’t have a way” to corroborate Dayan’s recantation given Umali’s death.

“But this is all consistent with the testimony of Kerwin Espinosa, Rafael Ragos, and now Ronnie Dayan that different members of the government are doing their part to coerce the witnesses against Senator Leila de Lima,” said Peoro.

Dayan is the third person to recant within a month.

The first was Espinosa, who said he was coerced by policemen to make the statements against De Lima. The second was former corrections acting chief Rafael Ragos, who accused the Department of Justice (DOJ) of an institution-wide conspiracy to invent a testimony against De Lima, led by former justice secretary Vitaliano Aguirre II.

Ragos is the prosecution’s star witness. De Lima had already filed a formal motion with the court to order her immediate freedom, either by dismissing the charges or granting bail, on the basis of a collapsed evidence with Ragos recanting.

Aguirre had denied Ragos’ accusation and had urged the DOJ prosecution panel to reinstate the charges against the former corrections executive. Justice Secretary Menardo Guevarra said he would let the Office of the Ombudsman investigate Ragos’ allegations.

De Lima had expressed hopes to be free this year. As of partial, unofficial tally, De Lima would not be able to come back to the Senate for another term. De Lima said she had prepared for the loss and is focused on making her accusers accountable. – Rappler.com