Roque’s spin: Philippines has fewer cases than Indonesia because we test more 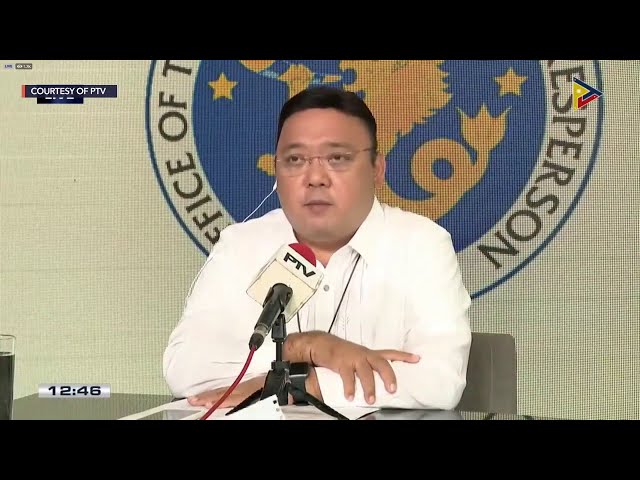 Presidential Spokesman Harry Roque downplayed news that the Philippines replaced Indonesia as the Southeast Asian country with the most COVID-19 cases by putting a different spin on unsupported data.

On Friday, August 7, during a Malacañang press briefing, Roque said the Philippines recorded the highest tally of SARS-CoV-2 infections in the region because of increased testing, but said this did not mean the country surpassed Indonesia.

He said Indonesia had more cases but it had lower testing rates than the Philippines. He however, did not present data to back his claims.

On Thursday, August 6, the Department of Health said the total coronavirus cases in the Philippines climbed to 119,460.

The Philippine tally was more than the 118,753 total infections announced by Indonesia’s health ministry on that day.

In summaries provided by Johns Hopkins University and worldometers.info on Thursday, the Philippines outranked Indonesia among Southeast Asian countries in the number of COVID-19 cass reported.

(It means, because we intensified our testing, it is not true that we have more cases than Indonesia. Indonesia just doesn’t know who are going around with the disease.)

He then advised Filipinos to know the “context” of numbers reported by media, implying these numbers do not show the full picture.

However, when pressed later for his basis for claiming the Philippines has fewer cases than Indonesia, Roque clarified that he meant the Philippines may have more “known” cases but Indonesia could possibly have more actual cases not detected because of their limited testing capability.

“I don’t know how to answer that but it’s clear to me that Indonesia, with more or less the same cases as us has one-third of the actual testing we have conducted on our people,” said Roque in a mix of English and Filipino.

What are the facts?

However, the basis for ranking Philippines as the country with the most number of COVID-19 were the total numbers provided by the health agencies of the respective countries. Countries around the world were ranked by third party international health agencies.

Roque also repeated the line of testing czar Vince Dizon that the spike in coronavirus cases is expected given the increased testing capability of the country.

He told Filipinos not to see the nearly 120,000 cases in the country as a bad thing.

(There are those who say this is a bad figure because we are now the highest. It’s not like that. It just means that we now know where our enemy, COVID-19, is.)

While wider testing could account for increased numbers of confirmed infections, Duterte’s pandemic task force admitted the infections were driven by the reopening of some parts of the country, asymptomatic and mild COVID-19 cases who stayed home and were not brought to isolation facilities, and the return of overseas and stranded Filipinos to their provinces. – Rappler.com