Facebook Twitter Copy URL
Copied
(2nd UPDATE) The Bureau of Fire Protection-National Capital Region says the fire started at the second floor of the embassy building, which is located in Dasmariñas Village in Makati

The Bureau of Fire Protection-National Capital Region (BFP-NCR) said in a spot report that the fire started at the second floor of the embassy building. The fire reached the first alarm at 8:25 pm, then second alarm at 8:42 pm. 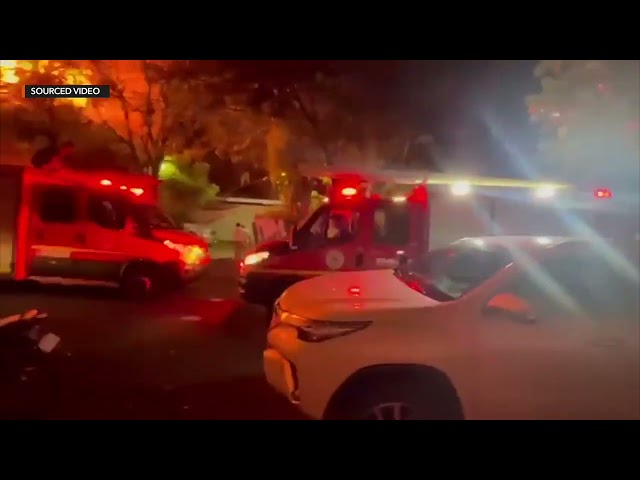 The fire was under control at 11:38 pm. Authorities declared that the fire was out at 2:10 am on Saturday, said BFP-NCR.

The BFP is still investigating the cause of the fire.

In a statement on Saturday, February 5, the Philippine Department of Foreign Affairs (DFA) said it was relieved to learn that Russian Ambassador Marat Pavlov and his personnel were all accounted for and are safe.

According to the Russian embassy’s official Twitter page, there were no injuries and the employees were evacuated. Russia’s Ministry of Foreign Affairs Crisis Center in an earlier tweet said that Philippine firefighters “quickly arrived” at the scene.

The DFA said that the Russian embassy had taken measures to protect the integrity and security of the premises and its properties.

“The department assures the Russian Embassy that it upholds the inviolability of the mission’s premises and its right to protection from intrusion or disturbance as provided under the Vienna Convention on Diplomatic Relations,” it said.

The DFA also said that it would extend its support to expedite the investigation into the fire. – with a report from Jairo Bolledo and Aika Rey/Rappler.com