Facebook Twitter Copy URL
Copied
'Our legal system should guard against the weaponizing of SALNs, where errors were made in good faith,' says the anti-graft court

“Wherefore, premises considered, the instant Amended Petition for Forfeiture under Republic Act No. 1379, filed by petitioner Republic of the Philippines, represented by the Office of the Ombudsman, against respondents Renato C. Corona, now represented by his heirs, Ma. Carla Beatrice C. Castillo, Francis R. Corona, and Charina C. Salgado, and Cristina R. Corona, and their dummies, trustees, assignees, transferees, and successors-in-interest, is hereby DISMISSED,” the Sandiganbayan said in a 48-page decision.

The Office of the Ombudsman file the case against Corona, his wife, and their “dummies, trustees, assignees, transferees, and successors-in-interest” based on Republic Act 1379 or the law “declaring forfeiture in favor of the State of any property found to have been unlawfully acquired by any public officer or employee.”

Corona was convicted of culpable violation of the 1987 Constitution and betrayal of public trust in May 2012. The impeachment court, the Senate, found him guilty of failing to disclose around $2.4 million and P80 million bank deposits in his Statement of Assets, Liabilities and Net Worth (SALN).

Two years later, in 2014, the Ombudsman filed before the Sandiganbayan a P130.59-million forfeiture case against Corona and his wife. The Ombudsman also asked the anti-graft court to issue a writ of preliminary attachment to freeze the couple’s assets.

The anti-graft court’s latest decision also lifted the said writ: “Consequently, the Writ of Preliminary Attachment dated January 21, 2015 issued against the properties of the respondents is hereby SET ASIDE and LIFTED.”

Section 2 of RA 1379 discusses the filing of petition against a public officer or employee who acquired an amount of property, “which is manifestly out of proportion” to his/her income. According to the Sandiganbayan, the elements below should be proven before Section 2 of the forfeiture law applies:

The anti-graft court ruled that the first element was present, but the remaining two are in contention.

“There is no question that the first requirement, that the respondent/ offender is a public officer or employee, exists. What is in contention is if respondents CJ Corona and his spouse Cristina obtained a considerable amount of money and properties during their incumbency and if these are manifestly out of proportion to their salary,” Sandiganbayan said.

In assessing the claims against Corona and wife, the Sandiganbayan scrutinized their assets and financial interests, including other evidence. The Ombudsman gave a computation of the Coronas’ income from 2001 to 2011, amounting to P30,369,120.13.

“After punctilious review of the records of the case, the Court resolves to agree with respondents that they have other sources of funds, specifically those from the proceeds of the BGEI Expropriation, their children’s funds, their combined earned compensation income, and commingled family funds, and that the aforementioned roll-overs of these funds have augmented their income.”

The anti-graft court added that the Coronas were able to prove that they have obtained other lawful income. The breakdown is below, as presented by the Sandiganbayan:

Assets out of proportion to income

In its petition, the Ombudsman alleged that the assets and financial interests of Corona and his wife were out of proportion to their lawful income. Particularly, the Ombudsman noted the unexplained increase of P8,970,980 in Corona’s net worth based on his SALN from 2001 to 2010.

For the Sandiganbayan, the Ombudsman claim on Corona’s SALN is “specious.”

“Indeed, the increase in the amount of P8,970,980.00 over a ten-year period is neither substantial nor manifestly out of proportion to respondents’ lawful income,” the court said.

The anti-graft court stressed that Corona had been an associate justice of the Supreme Court for eight years and was assigned drivers entitled to allowances like vehicle maintenance and gasoline allowance. According to Sandiganbayan, those benefits amplified Corona’s savings, which caused the increase in his assets.

Aside from the proportion of the Coronas’ assets to their income, the Ombudsman also said the former chief justice had P134,437,207.88 undeclared cash assets.

In its decision, the Sandiganbayan said the Ombudsman’s assertions were misplaced, so it ruled in favor of Corona: “In determining whether or not there is unexplained wealth within the purview of RA No. 1379, the Courts are not bound by the SALNs filed by the respondent. On the contrary, the statute affords every opportunity to explain to the satisfaction of the court how he had acquired the property in question.” 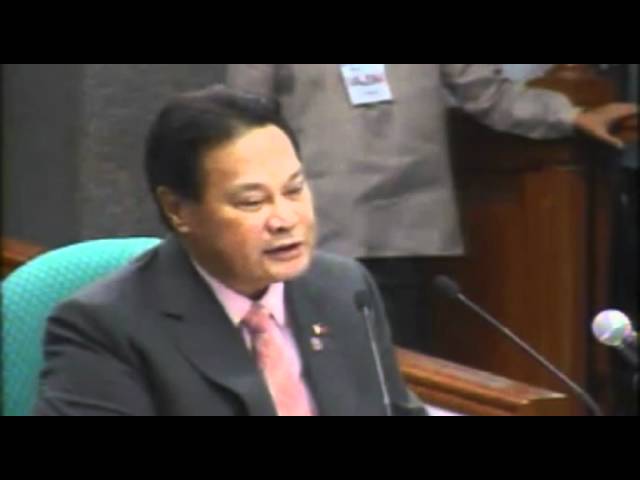 The anti-graft court said the alleged undeclared cash assets are “insignificant” because the former chief justice and wife were able to prove that Corona was employed for over 45 years and had funds other than his income from the government.

“Besides, it is a long jump to conclude the amount of P137,937,207.88 or even P134,437,207.88 worth of alleged undeclared cash assets just by mere adding the end amounts appearing on the subject bank accounts without considering the other money market placements,” the Sandiganbayan added.

The Ombudsman also contended that Corona and wife have three undervalued real properties. In its decision, the Sandiganbayan noted a High Court decision, which said that inaccuracies in entries “are likely due to the practice of copying entries from previous years and adding subsequent acquisitions.”

Meanwhile, the anti-graft court warned against the weaponization of SALNs: “Considering that the real evil sought to be addressed is the accumulation of ill-gotten wealth, our legal system should guard against the weaponizing of SALNs where errors were made in good faith.”

The same position is being held by Duterte appointee Ombudsman Samuel Martires, who restricted access to SALNs at the Office of the Ombudsman. He said the document had been weaponized against government officials and employees.

Section 8 (D)(b) of Republic Act 6713 or the Code of Conduct for Public Officials is clear: SALNs can be reported by the media. – Rappler.com