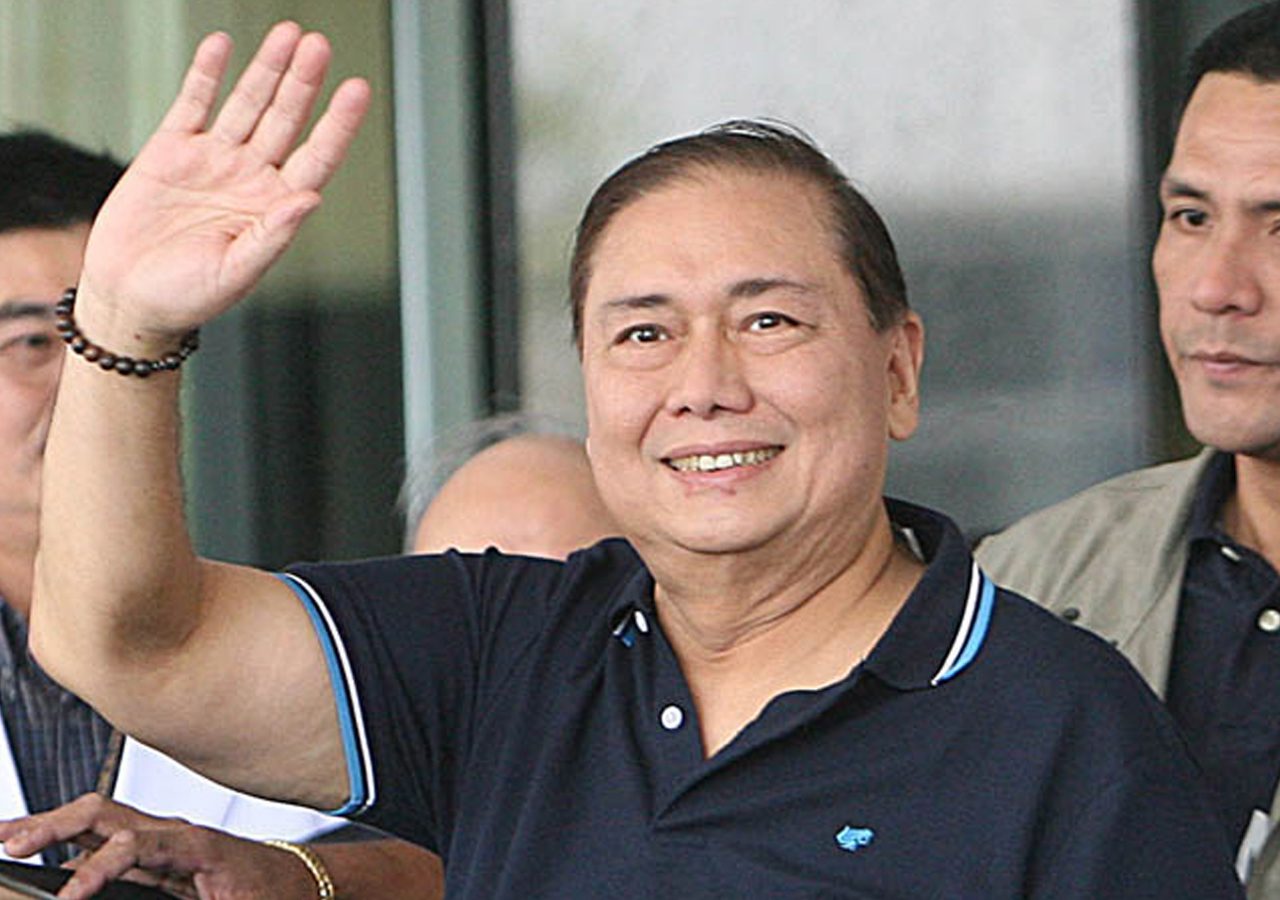 Facebook Twitter Copy URL
Copied
The Sandiganbayan’s order is in compliance with the resolution of the Supreme Court, dated December 1, 2021, to drop Arroyo’s name from the case

The Sandiganbayan’s order was in compliance with the resolution of the Supreme Court, dated December 1, 2021, to drop Arroyo’s name from the case. “The charge filed against him is necessarily ordered dismissed,” the High Court had said.

The Sandiganbayan received a copy of the Entry of Judgment last September 19.

The Ombudsman, and later the Sandiganbayan’s Fifth Division, had found probable cause against the husband of former president Gloria Macapagal-Arroyo.

Investigators found that the national police purchased two supposedly brand new Robinson R44 Raven I helicopters for P62.6 million, but they turned out to have already been used – and they belonged to the first gentleman.

Arroyo, meanwhile, acknowledged that their family business, LTA Inc., leased the two choppers from LionAir in 2003 for his wife’s campaign in the 2004 presidential election. However, he said, he had divested himself of interest in the business when the deal happened. (READ: Mike Arroyo seeks recall of chopper case)

The Supreme Court then reversed the Sandiganbayan ruling, saying it was grave abuse of discretion on the part of the Ombudsman and the Sandiganbayan for proceeding with case despite the insufficiency of evidence that graft was committed.

The anti-graft court also failed to establish that Arroyo engaged in conspiracy with a public officer.

The Supreme Court ordered Arroyo’s bail bond released. In June, the anti-graft court had already lifted the hold departure order against him.

Another defendant not off the hook

The High Court, however, denied the motion filed by police property inspector Avensuel Dy to dismiss the case against him. He noted that he was charged in connection with the same inspection report and the same conspiracy theory as his former superior at the Office of the Directorate for Comptrollership, Sr. Supt. Mansue Lukban, yet the latter was already dropped from the roster of defendants.

The Supreme Court said Dy had a higher degree of involvement in the deal. Lukban only noted and signed in the inspection form, relying on Dy’s findings that the choppers were “in good order/condition and in accordance/conforming to the approved specifications” of the National Police Commission. – Rappler.com