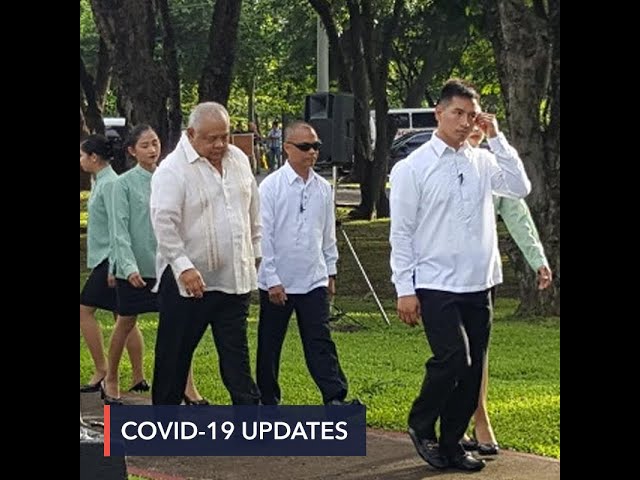 In a statement, Durante said these aides are composed of two officers and 6 enlisted personnel who were on “outside duty and did not have any close contact” with President Rodrigo Duterte.

Medialdea, meanwhile, “initially tested negative,” said Durante. He did not give details on when the Malacañang official last took a reverse-transcription polymerace chain reaction (RT-PCR) test.

Two months earlier, the PSG had confirmed one of its Davao City-based personnel had tested COVID-19 positive but eventually recovered. The security aide also did not have direct exposure to the President.

The new infections in Duterte’s security team comes as he prepares to deliver his 5th State of the Nation Address (SONA) in person at the Batasang Pambansa, despite the health risks.

Durante gave assurances that the PSG implements strict protocols over their personnel and their dependents, especially those aides assigned to Duterte himself.

The President’s close-in security, or the PSG personnel who have direct contact with him regularly, stay in a building separate from the rest of the group and their loved ones. – Rappler.com