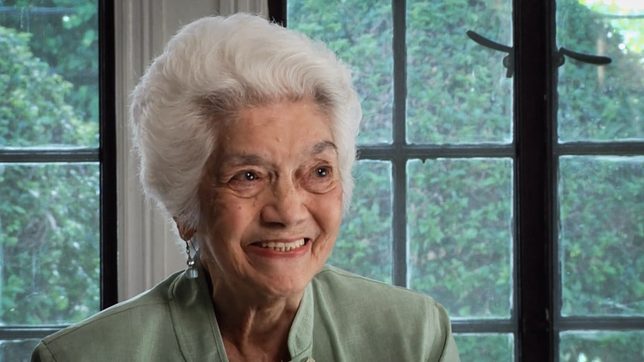 Rescue in the Philippines

On Wednesday, July 28, senators adopted Proposed Senate Resolution (PSR) No. 776 to honor the life of service of Avanceña and to express the chamber’s profound sympathy and sincere condolences on her passing.

Senator Kiko Pangilinan, primary author of PSR 776, heaped praises on the centenarian who once distributed campaign leaflets for him when he first tried but failed to run for Congress in 1992.

Pangilinan said though he did not win during that polls, he will always be reminded by Avanceña’s “spirited, committed, dedicated support.”

He said he considered Avanceña as one of his role models as a young student activist.  Avanceña was most remembered as a human rights advocate, especially during Martial Law under the deposed dictator Ferdinand Marcos.

Avanceña was co-founder of the Concerned Women of the Philippines (CWP), one of the groups that openly criticized the dictatorship.

She was also member of the Kilusan sa Kapangyarihan at Karapatan ng Bayan, which advocated for human rights and called for the end of Marcos’ iron-fist rule through non-violent means.

When Marcos was finally ousted after the 1986 EDSA People Power Revolution, Avanceña served in the Presidential Committee on Human Rights alongside other Martial Law opposition figures, then-senators Pepe Diokno and Lorenzo Tañada.

“As a private citizen, Tita Nini continued to champion various causes and actively called out social inequalities and injustices. She showed deep love of country, a firm sense of duty, and an unwavering faith in the heart of the Filipinos,” Pangilinan said.

“We return this faith with gratitude for her service. Carrying her legacy in her stead, we continue to fight for human rights, social justice, and peace,” he added.

Born on April 9, 1921, Avanceña was the second of four children of president Quezon and his wife, Aurora. She died on July 12 and is survived by her nine children. – Rappler.com