Facebook Twitter Copy URL
Copied
(2nd UPDATE) 'This is a national security concern. Thousands of lives depend on the efficiency and competence of CAAP,' says Senator Grace Poe

MANILA, Philippines – The Senate committee on public services will conduct a probe into the technical glitch that halted over 300 flights on New Year’s Day at the Ninoy Aquino International Airport (NAIA), as the chair of the panel deemed the incident a matter of “national security” and safety. 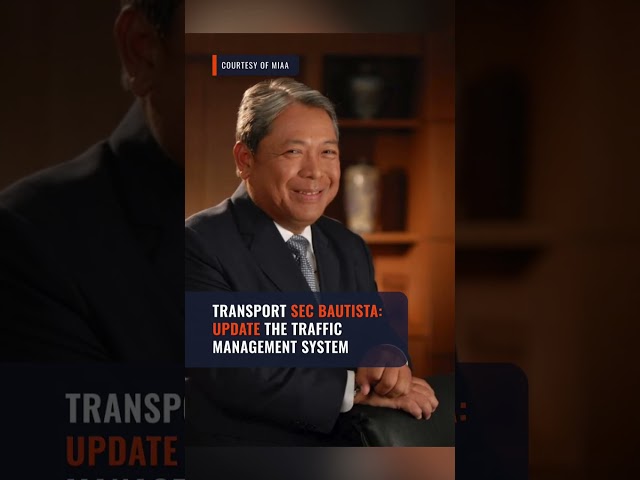 In a statement to media on Monday, January 2, Senator Grace Poe said the hearing would determine liability, and aim to identify measures needed to avoid malfunctions in the future.

Poe said she will call for the hearing once NAIA restores normal flight operations.

“We will conduct an inquiry and direct them to submit a full report of what caused the supposed glitch and power outage. This is a national security concern. Thousands of lives depend on the efficiency and competence of CAAP,” she said, referring to the Civil Aviation Authority of the Philippines.

Senator Joel Villanueva filed Senate Resolution 390 on Tuesday, January 3, seeking a probe into the incident. He cited the economic repercussions of the incident, as well as plight of overseas Filipino workers who could not return to work in their host countries on time.

Citing the incident’s “incalculable” human and economic cost, Senator Risa Hontiveros said in a statement on Tuesday that she, too, will file a resolution seeking an inquiry into the mess.

“This is also a wake-up call for our airport authorities to review the aggressive schedules of airlines during busy seasons, which could have led to this level of loss of critical functions. Are our ‘outdated’ facilities truly able to handle this amount of activity?” Hontiveros said.

“A transparent report on this systems crash is in the public interest.  If, after a thorough investigation, an upgrade is indeed part of the solution, then Congress can address this during the budget process,” she added.

Senators JV Ejercito and Jinggoy Estrada also echoed calls for a Senate inquiry into the incident.

“An investigation should be done to make sure that this unfortunate incident doesn’t happen again. Its either sabotage or plain incompetence,” said Ejercito.

Ejercito also said that it may be high time for the government to “take back” the National Grid Corporation of the Philippines (NGCP), which is privately-owned.

“What is baffling is that the Air Traffic Management System should have a backup.  Having a totally non functioning radar system is not only dangerous for air travel but is a concern of national security. With this incident, we seriously need to take back vital utilities such as NGCP which could cripple the whole country’s economy and is also a national security concern,” he said.

Estrada, who described the glitches as a “double black eye” for the country, also filed a resolution seeking a probe into the air traffic systems mess.

“The incident aggravates the already unpleasant image of the Ninoy Aquino International Airport (NAIA). It has been repeatedly labeled as one of the ‘worst’ and ‘most stressful’ airports in the world. This most recent episode necessitates remedial legislation and urgent action from the authorities to save it from becoming a national disgrace or pambansang kahihiyan (national disgrace),” he said.

Senator Win Gatchalian also called for accountability from airport authorities for the incident and called on the Philippine government to “do everything in its power to ensure that this doesn’t happen again.”

“It is unfortunate to see a crisis-like situation such as this at NAIA at a time when demand for air travel in the country has just been restored to normal levels following the lifting of travel restrictions which were imposed at the height of the COVID-19 pandemic,” he said in a statement on Monday. Over 65,000 passengers were affected by flight delays and cancellations after the Philippine Air Traffic Management Center – which oversees all flights in the country’s airspace – went down due to a power outage, resulting in the loss of communication, radio, radar, and internet.

The outage likewise saw flights redirected or rerouted to other airports in Singapore, Hong Kong, and Thailand.

Transportation Secretary Jaime Bautista said on Sunday, January 1, that power supply problems had been identified as a primary cause for the interruption in operations.

“The primary cause identified was a problem with the power supply and the degraded uninterrupted power supply, which had no link to the commercial power, and had to be connected to the other manually. The secondary problem was the power surge due to the power outage, which affected the equipment,” Bautista said.

Following the incident, Bautista said a “huge amount of money” would be needed to upgrade the country’s air traffic management system, which he estimated was 10 years behind its industry peers. – Rappler.com