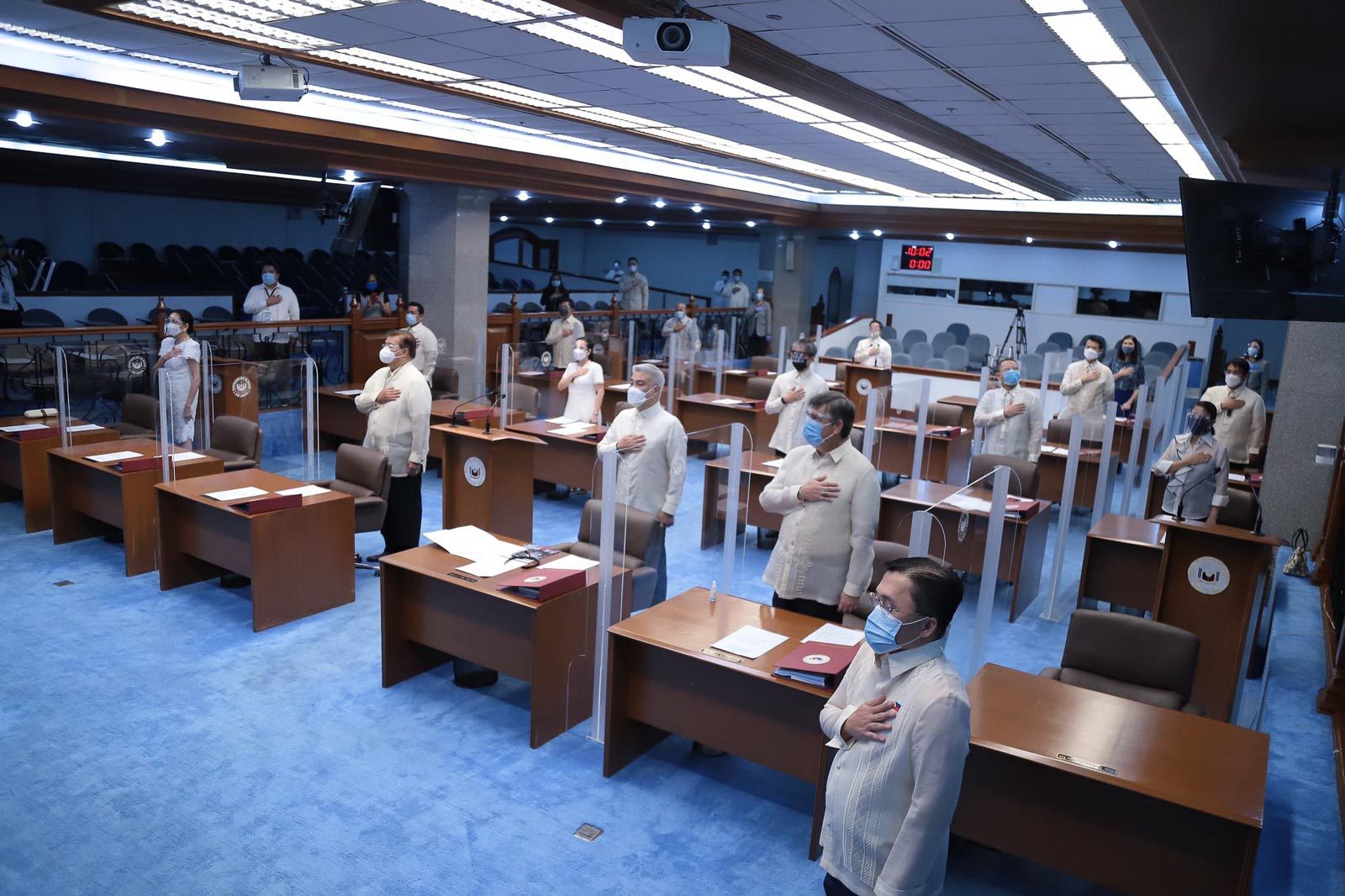 SENATE. Senators during the reopening of the 18th Congress' regular session on July 27, 2020 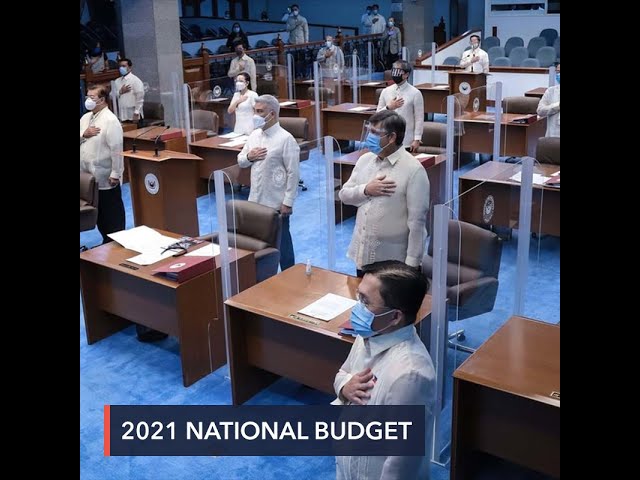 The Senate on Thursday morning, November 26, passed on 3rd and final reading the P4.5-trillion national budget bill with significant amendments increasing allocations for health, social welfare, disaster response, education, and other measures to adapt to the COVID-19 pandemic.

The 22 senators physically and virtually present in Thursday’s plenary session voted unanimously to approve the budget bill. Senators Leila de Lima and Ronald dela Rosa were absent. De Lima was still in detention, while Dela Rosa was sick with COVID-19.

(Although we made changes, the purpose of the committee report released by your committee on finance remains – that the national budget is a budget of recovery, our main strategy to emerge from the heaviness and difficulty of the past year.)

The Senate’s version of the 2021 General Appropriations Bill (GAB) includes the following increased allotments, according to Angara’s office:

Note: “Unprogrammed appropriations” are allotments that are dependent on the availability of government revenues

“Ultimately, what we have is an improved version, where funds are poured into programs, activities and projects that deserve it the most,” Angara said as he capped off his speech.

The Executive originally proposed only P2.5 billion for COVID-19 vaccines in its National Expenditure Program for 2021. The House version of the bill increased it to P8 billion.

The government aims to inoculate 60 million to 70 million Filipinos in 3 to 5 years, in order to achieve herd immunity, for which it would need more than P70 billion.

The Senate’s passage of the 2021 GAB followed the schedule, with enough time for the bicameral committee conference, ratification by both chambers of Congress, and submission to Malacañang before the year ends.

In October, senators worried that the speakership tussle at the House would delay the budget process, and risk forcing the government to operate on a reenacted budget when 2021 starts. They strongly urged the House under the new speaker, Lord Allan Velasco, to follow the schedule and avoid a delay.

The Senate and the House will convene a bicameral conference committee on the 2021 GAB next week. – Rappler.com