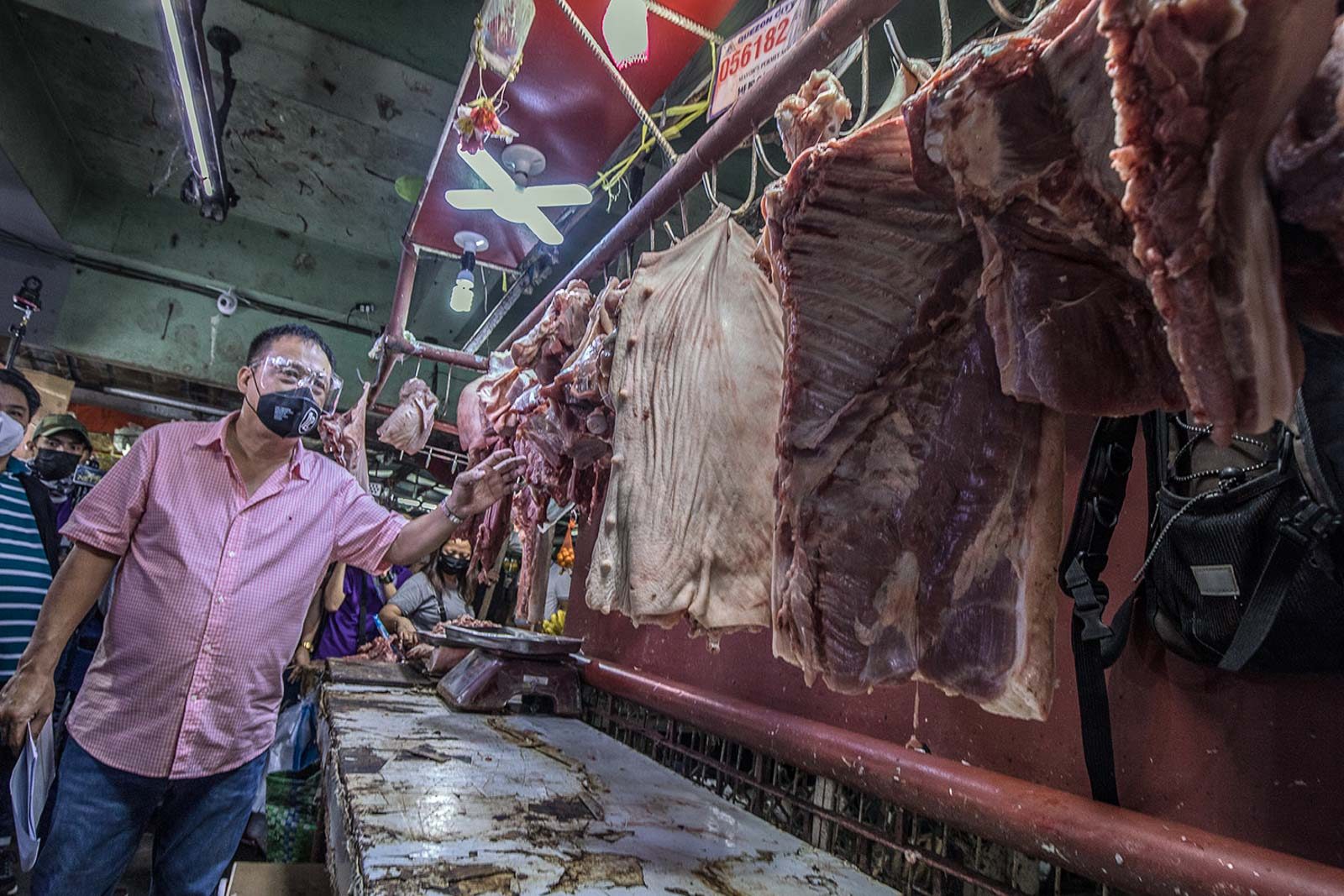 The Senate is poised to investigate the alleged tongpats or kickback scheme within the Department of Agriculture (DA), which is said to be worsening the country’s food security crisis caused by the African swine fever (ASF) outbreak.

On Wednesday, March 17, senators agreed to adopt Proposed Senate Resolution (PSR) No. 685, which calls for the chamber to convene as a committee of the whole to look into the issues hounding imported pork products amid price spikes and supply shortages.

PSR No. 685 was primarily authored by Senator Panfilo Lacson.

The resolution said the ASF outbreak has reduced local pork supply and has “drastically” increased the price of not just pork, but other basic commodities like meat, poultry, and vegetables.

Lacson said the situation is further compounded by an alleged syndicate within the DA that that stands to earn around P6 billion if the agency would push through with its plan to increase the minimum access volume (MAV) for imported pork while lowering tariffs to 5%.

The senator said the syndicate and officials involved could earn as much as P6 billion a year by collecting an extra P5 to P7 per kilo of pork that enters the country.

Lacson said such “unabated” corruption “will ultimately lead to the demise of the local industry and adverse public health effects if no appropriate measures will be adopted.”

He also warned there could be an oversupply of poultry due to the increased levels of importation brought about by the lowering of tariff rates and increasing the MAV of finished chicken products.

“It is high time for the Senate as a whole to take the bull by its horn, face the problem squarely, and adopt policies and measures that will alleviate the sufferings of the local industries that are already reeling from the ASF crisis compounded by the impact of the COVID-19 pandemic, and fundamentally, accord them the support and opportunity as active partners in development and nation building,” Lacson said in PSR No. 685.

The lowering of tariffs is among the DA’s proposals to tame meat inflation, along with price ceilings.

Meat producers oppose this, however, as it would hurt the local industry and cost the government billions of pesos in foregone revenues.

The Senate earlier adopted a resolution urging President Rodrigo Duterte to put the country under a state of national calamity due to the “severe impact” of ASF. – Rappler.com