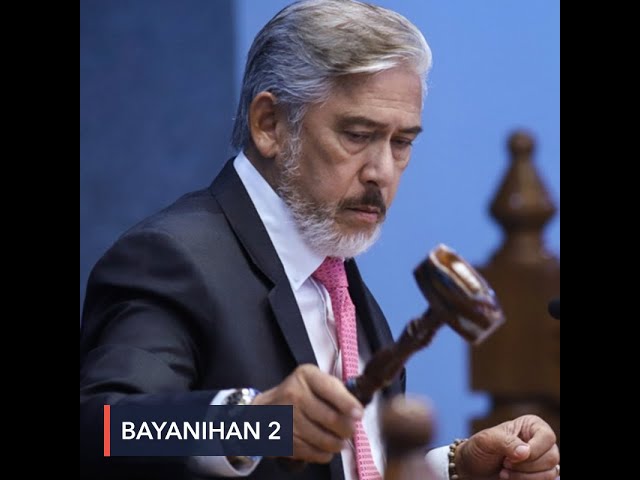 Facebook Twitter Copy URL
Copied
Only P140 billion of the fund will be readily available. The remaining P25.5 billion will be rolled out when the government finds the revenue for it.

The Senate ratified on Thursday, August 20, the Bayanihan to Recover as One Bill (Bayanihan 2) as finalized by both chambers of Congress, alloting a total of P165.5 billion to government efforts to quell the COVID-19 pandemic and buttress the flagging economy.

The measure extends the emergency powers granted to President Rodrigo Duterte by its predecessor, the Bayanihan to Heal as One Act, which lapsed on June 5. If signed into law by Duterte, Bayanihan 2 will be in effect until December 19, when Congress adjourns its session for the year.

As head of the Senate finance committee, Angara led the Senate contingent of the bicameral conference committee that reconciled the two congressional chambers’ versions of the proposed measure.

Only P140 billion of the allotted fund will be readily available, as the government has yet to identify revenue sources for the remaining P25.5 billion “standby fund.”

The total allocation narrowly exceeds the P162 billion originally stated in the House of Representatives’ version of Bayanihan 2. The Senate had only allotted P140 billion because it was all the Department of Finance could commit to provide.

Among the highlights of the bicameral-approved Bayanihan 2 bill are:

Like its predecessor law, Bayanihan 2 would authorize the President to exercise emergency powers, including to reprogram and realign funds to directly address the health crisis through isolation facilities, field hospitals, medication and vaccines, testing, and subsidies for COVID-19 patients.

The approved measure excludes the provisions establishing the Accelerating Recovery to Intensify Solidarity and Equity or “ARISE” Incorporated. ARISE Inc is a joint venture between the Land Bank of the Philippines and the Development Bank of the Philippines that would invest in private companies as a way to tide them over the economic slump caused by the coronavirus pandemic.

Only the House version of Bayanihan 2 included ARISE Inc. During the bicameral conference, the committee agreed to delete these provisions so that the Senate could hold its own deliberations on the proposed joint venture.

The following are the general allocations for the P140 billion immediately available fund under Bayanihan 2:

The P25.5 billion “standby fund” will be available “once additional funds are generated from savings and unused amounts. It will be used for the following:

Senators and representatives in the bicameral conference committee debated long over the allocation for tourism. It was one of the last items to be resolved.

The Senate originally set P10 billion for programs of the Department of Tourism (DOT), to assist micro, small, and medium enterprises (MSME) hit hard by the pandemic, which caused tourism to virtually grind to a halt.

The House, however, placed its version’s P10-billion tourism budget under the Tourism Infrastructure and Enterprise Zone Authority, which would have used the funds mostly for tourism infrastructure.

To resolve this, the bicameral conference committee decided to allocate P4 billion directly for the tourism industry, of which P1 billion would go to the DPWH for tourism infrastructure projects, and P3 billion to the DOLE for assistance to displaced tourism industry workers.

Another P6 billion for tourism is lodged with the DTI SBCorp’s P10 billion allotment for assistance to MSMEs.

Monthly report to Congress and COA

Bayanihan 2 requires the President to submit monthly reports on the use of these funds and progress in the measure’s implementation both to Congress and the Commission on Audit (COA).

Under the first Bayanihan law, the President submitted his reports weekly to Congress alone.

During the Senate’s session to ratify the bill, Senate President Vicente Sotto III said it was Duterte who sent word to include the COA as a mandatory recipient of his monthly progress reports.

The bicameral conference committee held 4 official meetings and one “pre-bicam” meeting over the past week.

Below is a copy of the Bayanihan to Recover as One Bill as approved by Congress.

The House is expected to ratify the bicameral-approved bill on Monday, August 24. – with reports from Mara Cepeda/Rappler.com