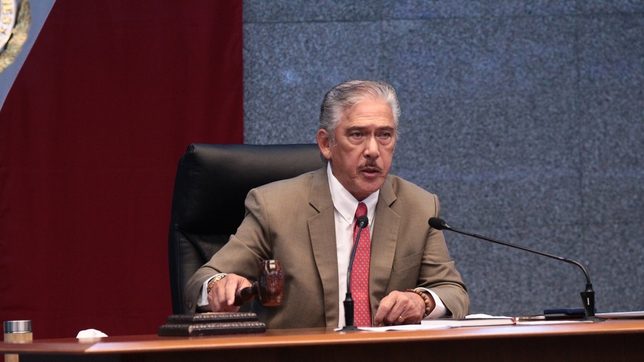 The Senate on Thursday, November 11, asked the Supreme Court to void the order of President Rodrigo Duterte to his Cabinet members not to attend the ongoing investigation of the blue ribbon committee into irregularities in his government’s pandemic procurements.

Signed by Senate leadership led by Senate President Vicente “Tito” Sotto III, the petition for certiorari and prohibition also asked the Supreme Court for a temporary restraining order (TRO) so the committee can resume interpellating Cabinet members, all of whom had snubbed the hearings since Duterte issued the directive.

“So long as the subjectmemorandum stands, it will not only deprive citizens of the opportunity to accurately formulate their opinions on this important public matter, but also hinder their ability to effectively communicate [their concerns] to their representatives,” said the 66-page petition.

This is the second time for the Senate to run to the Supreme Court to challenge a Duterte order – the first was in March 2020, when they sought a judicial clarification if Duterte as president can unilaterally abrogate the Philippines’ Visiting Forces Agreement (VFA) with the United States. There is no known development to that petition.

The petition largely invoked the 2006 landmark Supreme Court case Senate vs Ermita, where the High Court voided a part of an executive order that required officials to secure presidential permission before appearing in Congress.

“The Memorandum does exactly what Senate v. Ermita said the Executive Department could not…. There has been no greater, more blatant disregard of a categorical ruling of the Honorable Court in recent memory,” said the petition.

The senators were referring to Executive Order No. 464, issued by then-president Gloria Macapagal Arroyo in 2005, requiring all heads of departments of the executive branch to secure prior presidential consent before facing any congressional probe. She issued it on the same day that military officials appeared before a Senate probe into the Hello, Garci scandal.

In Duterte’s case, he issued the memorandum which barred the likes of embattled former procurement service chief Lloyd Christopher Lao and Health Secretary Francisco Duque III from attending the hearings that had uncovered the government’s biggest pandemic contractor to have questionable credentials, as well as possible tax liabilities.

Midway into the investigations, Duterte started hitting both the Senate and blue ribbon committee chairperson Richard Gordon, and went as far as saying that he would have the Commission on Audit (COA) to audit the Philippine Red Cross, which Gordon chairs.

The Senate petition justified its direct resort to the Supreme Court by saying “remanding this case to a trial court risks the potential of mutual embarrassment.”

The blue ribbon hearings are still ongoing. There is an arrest order against Lao – a contempt power that is also being questioned before the High Court through a petition filed by Linconn Ong, an executive of Pharmally Pharmaceutical that has figured in these anomalies for alleged rigged and lopsided deals.