Two executives of the controversial Pharmally Pharmaceutical Corporation are now detained at the Pasay City Jail for failing to cooperate in the ongoing Senate probe into their pandemic deals with President Rodrigo Duterte’s government.

On Monday, November 29, Pharmally corporate secretary and treasurer Mohit Dargani and director Linconn Ong were brought to the Pasay City Jail by personnel from the Office of the Senate Sergeant-at-Arms (OSAA), which had been overseeing their detention in the chamber.

There will be no special treatment for the Pharmally executives, as they will be assigned to a cell with other inmates at the Pasay City Jail.

(No special treatment. No preferential attention for them. The policy of the BJMP is to treat all PDLs the same.)

Dargani and Ong first underwent a medical checkup at the Senate headquarters in Pasay City before being sent to jail. Both tested negative for the coronavirus in their antigen tests.

During the last hearing on Friday, November 26, senators had given Ong, Dargani, and Dargani’s sister Twinkle an ultimatum: Find Pharmally’s financial documents by Saturday, November 27, or the standing order to send them to jail would push through. 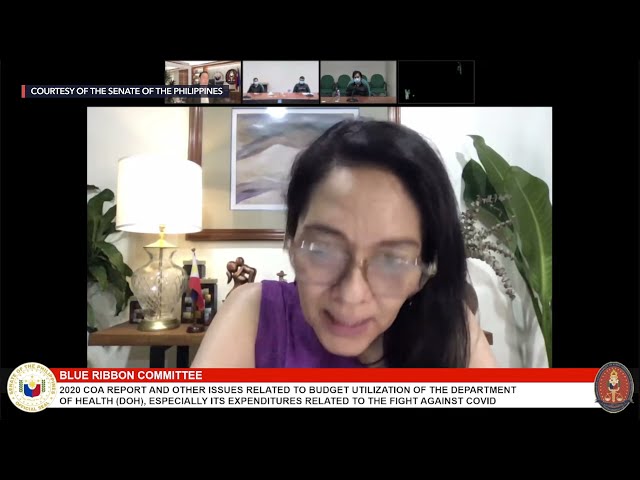 The OSAA agents were supposed to escort Dargani and Ong to the exact location of these documents, then bring back them back to Senate detention.

Dargani and Ong were thus not allowed to leave the Senate premises because they were not sure about the exact location of the documents.

Twinkle, who is suffering from mental health issues, will remain detained at the Senate.

The blue ribbon committee earlier arrested the Darganis and Ong over their evasive answers during the investigation and for failing to present documents on Pharmally’s financial dealings with the government.

Dargani ended up crying during the first two hours of Friday’s hearing, insisting he and his sister Twinkle were not trying to flee from the Senate investigation when they booked their foiled getaway flight from Davao City to Malaysia.

Meanwhile, Ong distanced himself from the comments made by his lawyer Ferdinand Topacio against Senator Risa Hontiveros, a blue ribbon panel member who had been consistently grilling Ong and the others embroiled in the Pharmally scandal. – Rappler.com