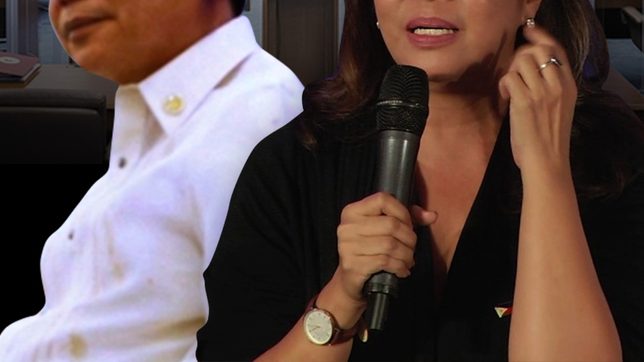 Senators from the minority bloc on Wednesday, April 7, blasted the country’s intelligence chief and the spokesperson of the government’s anti-insurgency task force for red-tagging the employees’ union in the chamber.

“We strongly condemn the red-tagging of the union of Senate employees and we vehemently denounce government officials who continue to label, brand, vilify, and harass individuals and organizations such as SENADO as state enemies and subversives,” the minority senators said.

Monteagudo shared on his personal Facebook account on Tuesday, April 6, a post claiming that the Senate employees’ union allegedly “serves as the eyes and ears” of the Communist Party of the Philippines, its armed wing the New People’s Army, and its political arm the National Democratic Front “to hijack government plans and programs.”

The same post linked SENADO with labor rights group Confederation for Unity, Recognition, and Advancement of Government Employees (COURAGE), which Monteagudo also accused of having ties with the CPP-NPA-NDF.

Badoy, who is also a presidential communications undersecretary, repeated the same allegations in a column published by the Philippine News Agency on Wednesday.

‘Attack on the Senate’

For the minority senators, Monteagudo and Badoy’s act of red-tagging the Senate employees is considered an attack on the chamber itself.

“Hindi lang ito pag-atake at paninira nang walang batayan sa mga empleyado, kundi mismong sa institusyon ng Senado na kanilang kinakatawan (This is not just an attack and a baseless accusation against the employees, but also against the Senate institution that they represent),” said the Senate minority.

The senators said SENADO is a legitimate union of workers that has negotiated 3 collective negotiations agreements with past Senate presidents, including Drilon who had headed the chamber for over 8 years.

“He (Monteagudo) must have been misinformed. I would be the first to sense of such if ever. I’ve been there (in the Senate) since 1992,” Sotto told reporters.

After the accusations lodged against the Senate employees, the Senate president said he is “now inclined” to back the bill penalizing red-tagging.

Sotto also said he wants NICA to give him the names of Senate employees allegedly working with the CPP-NPA-NDF for a proper investigation.

Sotto said should Monteagudo send him the list, the Senate President will keep it confidential.

In a statement, Badoy once again red-tagged the group and said they welcome the Senate investigation.

“We therefore welcome with open arms the call of S.E.N.A.D.O. President and CPP NPA NDF operative Rosel Eugenio for a Senate investigation into this matter,” Badoy said.

Drilon, Hontiveros, De Lima, and Pangilinan then renewed their push to pass the bill that would criminalize red-tagging.

“We believe that the passage of this bill will serve as a deterrent against red-tagging. We should punish irresponsible officials who act as enablers of red-tagging,” they said.

Both Monteagudo and Badoy have become notorious for accusing critics of President Rodrigo Duterte of having ties with the CPP-NPA-NDF.

A Rappler investigative story in 2018 bared that Monteagudo has a history of spreading fake information online.

In September 2020, 21 legislators from the House of Representatives filed a resolution calling for Badoy’s resignation in the wake of her continued red-tagging of Makabayan bloc lawmakers. – Rappler.com