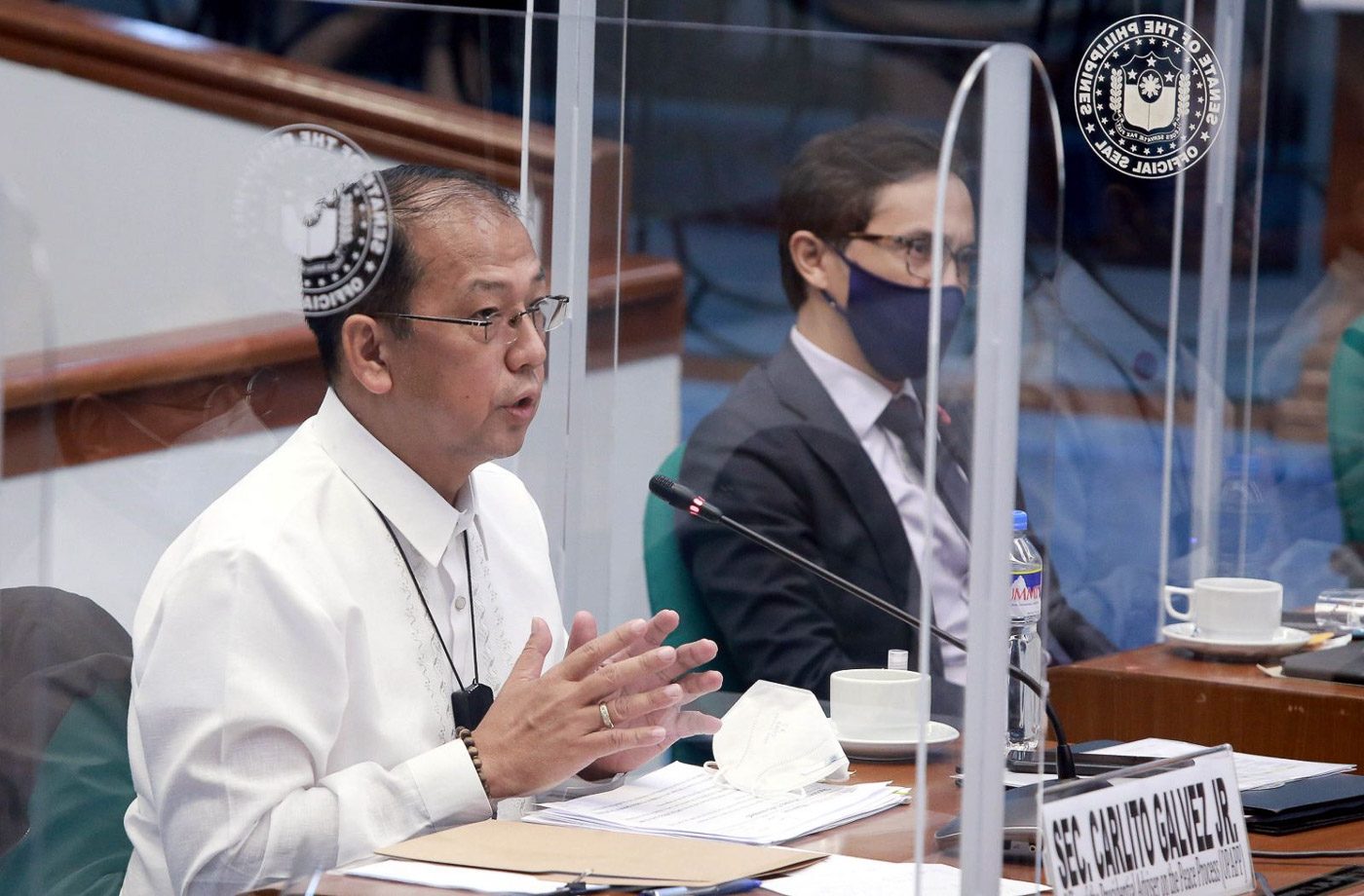 Senators on Friday, January 22, agreed to tackle the prices of COVID-19 vaccines that the government wants to purchase only after the deals are finalized.

“We came across information on the necessity of non-disclosure agreements,” Sotto said during the Senate’s third hearing on the Duterte government’s COVID-10 vaccine program on Friday.

He said senators made the decision after meeting with Galvez, where the retired general explained the necessity of observing confidentiality data agreements (CDAs).

Galvez had earlier warned that he could not disclose prices of vaccines being discussed with manufacturers as it could “jeopardize” the government’s deals. Prices were currently covered by CDAs, which are preliminary documents that pave the way for negotiations. The agreements are not unique to the Philippines – vaccine manufacturers request them from governments before further talks on possible deals. On Friday, several senators vouched for Galvez’s integrity and expressed confidence that he would secure the best deal for Filipinos. Senators took a softer tone during the hearing after previous hours-long hearings where they grilled government resource persons on vaccine prices.

Drilon said that lawmakers wanted prices to be revealed, among other details, considering that the Constitution provided for the right of information of the public as “principal concern.”

Senator Panfilo Lacson, among the lawmakers who grilled Galvez over his negotiations with Sinovac, echoed Drilon’s position. Lacson was among senators present at a separate meeting with Galvez before Friday’s hearing.

Lacson earlier said that he agreed to “honor and respect” confidential terms of deals to avoid jeopardizing the delivery of vaccines pegged for the first quarter of the year.

“He’s (Galvez) an extraordinarily decent person. He is the epitome of a true officer and gentleman that being said I am proud to have graduated from the same institution he graduated and I’d like to give him my snappy salute,” Lacson said.

Galvez reiterated his commitment to publicly disclose prices once vaccine deals are sealed. “We promise to reveal the exact prices and other details of the negotiations in due time as we firm up the agreements,” he said.

In a separate statement, Akabayan chair emeritus Etta Rosales told Galvez that calls for transparency and accountability over vaccine prices “[come] with the territory of governance.” According to reports, Rosales earlier told Galvez to resign over the issue, prompting Galvez to express he was hurt over such calls.

“The feelings of public officials take a back seat when the funds, health, and very lives of our people are at stake and threatened. The people’s feelings of betrayal over grossly overpriced vaccines, and their feelings of precariousness and uncertainty amid a raging pandemic, are far more important than our job-related personal hurts,” she said.

During the hearing, Galvez apologized to senators for issuing a statement that offended them. He thanked Baguio Mayor Benjamin Magalong for facilitating his meeting with the senators.

“For whatever statement I made, I would like to make an apology if I hurt your feelings,” Galvez said.

Senators earlier clashed with the government’s pandemic officials, including Galvez, after discussions zeroed in on the vaccine of Chinese drug maker Sinovac. The senators questioned why the government considered it if it reportedly cost more than other options, and despite reported preliminary results showing confusing efficacy rates for the vaccine.

Galvez earlier said that while negotiations are underway, no vaccine will be used in the Philippines without the Food and Drug Administration’s approval. (READ: How FDA grants emergency approval for COVID-19 vaccines, meds)

“We will not use vaccines that are not approved by the FDA. All agreements with vaccine manufacturers will not push through if they are not able to secure an EUA,” he said. – Rappler.com