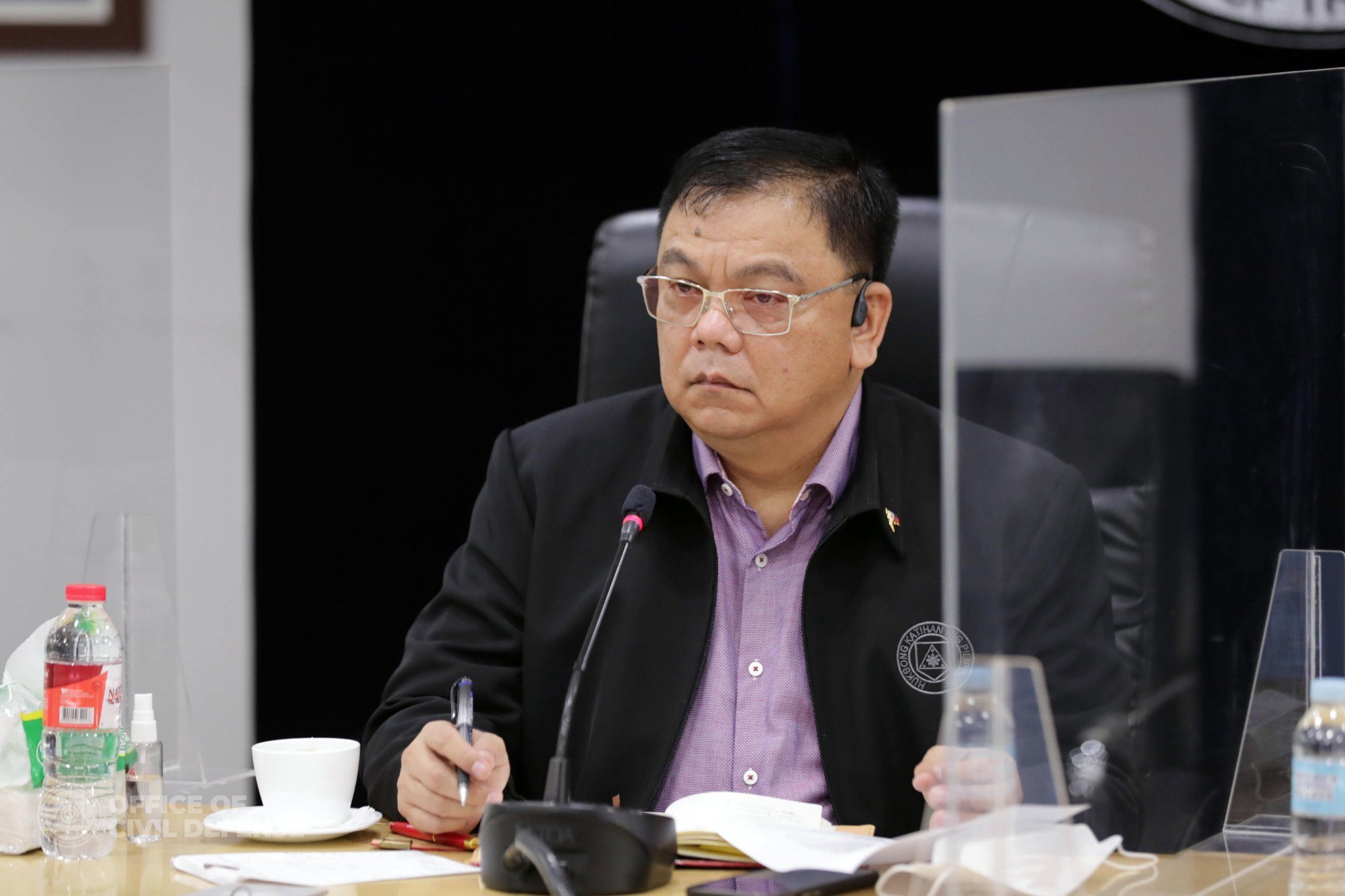 ASSESSMENT. Then-Department of National Defense officer-in-charge Jose Faustino Jr. presides over a meeting of the National Disaster Risk Reduction and Management Council on July 27, 2022, following an earthquake in Abra.

Facebook Twitter Copy URL
Copied
Courtesy resignations would be 'normal' since the officials had been coterminous with former Department of National Defense officer-in-charge Jose Faustino Jr., says the DND's spokesman

In a press briefing, DND Spokesperson Arsenio Andolong said the officials included “about seven to nine” individuals holding the rank of undersecretary or assistant secretary. He did not name them.

The move would be “normal,” Andolong added, since the officials had been coterminous with Faustino, who quit as the country’s top defense official last Friday, January 6.

“When a new SND (secretary of national defense) comes in, and not just here in the DND but when a new principal comes in, it’s customary and part of procedure that coterminous officials also appointed by the President tender their resignations,” Andolong said in Filipino.

Gacal, Madriaga, and Faustino all belong to the Philippine Military Academy’s Class of 1988.

Andolong said it would be up to Galvez whether or not to accept the courtesy resignations.

Faustino’s sudden departure as acting defense chief was the latest in a series of shake-ups that has rocked the security sector.

Earlier on Tuesday, Faustino broke his silence on the matter, saying he resigned after only learning through media reports that President Ferdinand Marcos Jr. reappointed General Andres Centino as chief of staff of the Armed Forces of the Philippines (AFP).

The strange move saw Centino return to a post he was removed from just five months ago in August 2022. It also cut short Lieutenant General Bartolome Vicente Bacarro’s stint, which was expected to last until 2025 owing to a recently signed law that mandated three-year fixed terms for key AFP officials.

The law, Republic Act No. 11709, also gives the President, as commander in chief, the authority to terminate the officers’ tour of duty.

Asked how the leadership revamp is affecting morale in the agency, Andolong said the DND and the AFP remain professional “regardless of who holds the reins,” but that there are department officials and military officers who were saddened by Faustino’s exit.

“There were those, of course, who were sad because [Faustino] was kind and competent. On a personal note, we did not have any problems. He was always very businesslike, professional. A man of few words and I never saw him angry,” Andolong said in Filipino.

Following this, Andolong said many in the agency also welcomed Galvez’s appointment as “the DND will be in good hands.”

Galvez, a former AFP chief, is most known for leading troops in the liberation of Marawi City in 2017, and for implementing the country’s peace plan with the Muslim secessionist movement, as well as the government’s plans to curb the spread of COVID-19. – Rappler.com