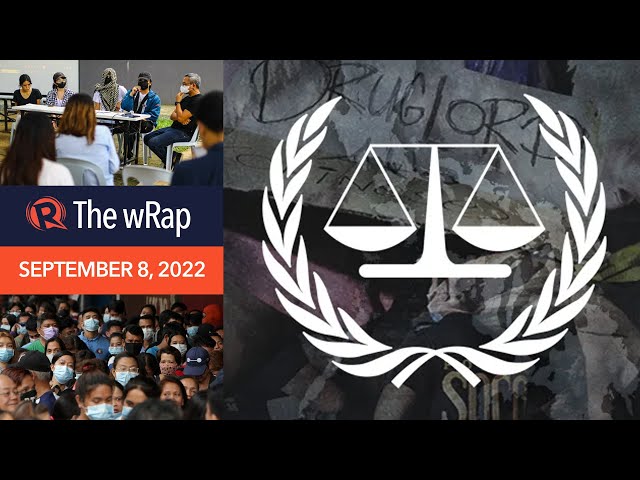 Administrative charges have been filed against five out of seven teachers accused of sexually abusing students at the Bacoor National High School in Cavite.

The Philippines’ top medical experts on Thursday, September 8, say they oppose the easing of the face mask policy when outdoors.

The Senate blue ribbon committee recommends criminal and administrative charges against Agriculture Undersecretary Leocadio Sebastian, former Sugar Regulatory Administration chief Hermenegildo Serafica and two former members of the Sugar Regulatory Board over the issuance of an order that was not approved by President Ferdinand Marcos Jr.

Taiwan announces on Wednesday, September 7, that Filipinos will not yet be eligible for its latest round of visa-free entry to the island starting September 12.

The cast of Amazon Prime Video’s ‘Lord of the Rings: Rings of Power’ stands its ground against the flood of racist attacks against its actors and actresses.