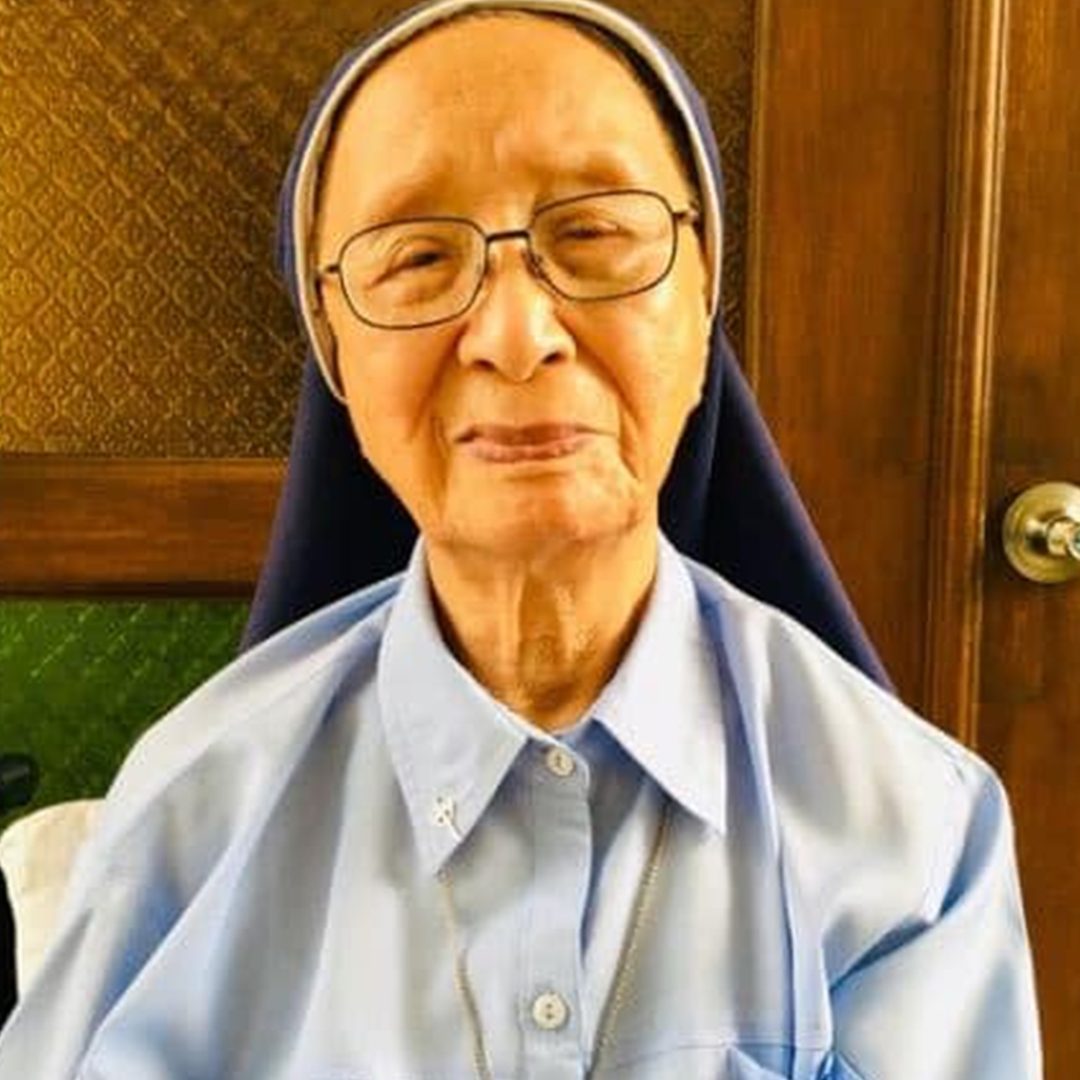 Religious of the Good Shepherd, Philippines-Japan

Facebook Twitter Copy URL
Copied
'She was the original mastermind behind the ube jam, enabling the congregation to send thousands of youths to school,' says the Religious of the Good Shepherd

Sister Fidelis Atienza, the Good Shepherd nun credited by her congregation as the “mastermind” behind every Baguio City visitor’s favorite pasalubong – the ube jam – died at the age of 102 on Saturday, March 20.

“She was the original mastermind behind the ube jam, enabling the congregation to send thousands of youths to school,” the RGS said.

As early as the 1960s, Atienza dabbled in baking. She started the Marian Bakery and used host cuttings for “crispies,” according to the news service of the Catholic Bishops’ Conference of the Philippines (CBCP). This was the early version of today’s “angel cookies.”

When Atienza was assigned in Baguio City, she started making the famous Good Shepherd ube jam (purple yam). Soon the ube jam became one of the convent’s best sellers and a staple on the must-buy list of Baguio City tourists.

She entered the novitiate of the Good Shepherd in Los Angeles, California in 1951. She also served in Cebu, Quezon City, Hong Kong, France, Rome, and Tagaytay, said CBCP News.

“She dedicated each moment of her day praying for the needs of the Church and the Congregation,” said the RGS.

“She would ask her caregivers to bring her to the oratory day in and day out, spending most of her hours in quiet communion with the Good Shepherd whom she adored all her life,” the congregation added.

Her remains will be at the chapel of Good Shepherd Convent along Aurora Boulevard in Quezon City. Wake and services are in private.

Inurnment will be at Good Shepherd Columbary, also in Quezon City, to be announced on a later date. – Rappler.com