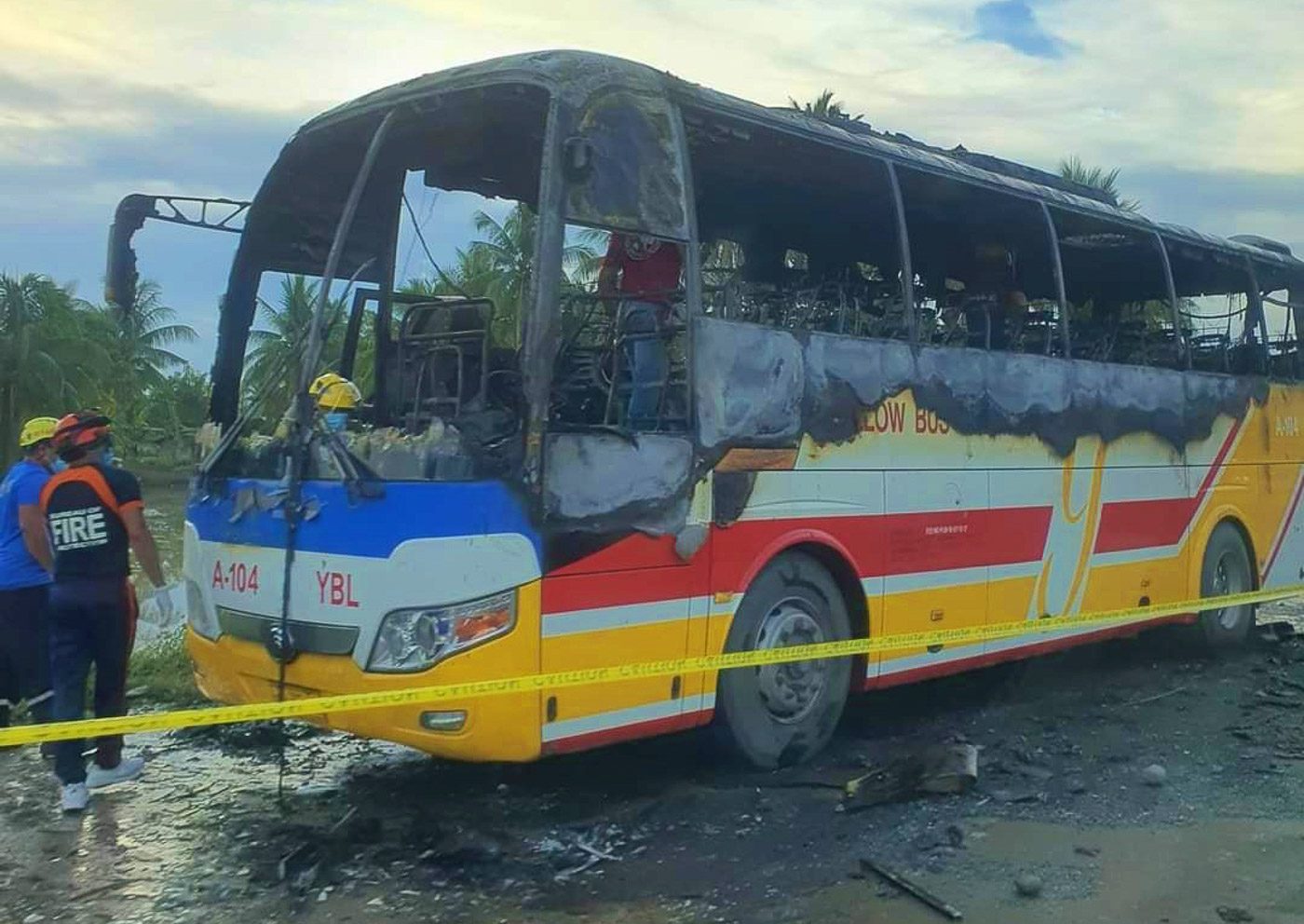 CHARRED. Firemen check on what remains of a bus after it burned Thursday in Bialong, M’lang town, Cotabato, leaving three of its ten passengers charred to death and five others injured.

Authorities on Monday, June 21, arrested one of the suspects in the bombing and burning of buses that killed at least four civilians in Cotabato province this year.

Lieutenant Colonel John Paul Baldomar, spokesman of the Army’s 6th Infantry Division, said the suspect identified as Ali Akbar, was arrested by a joint team of soldiers and police officers at Purok 3, Barangay East Patadon, Kidapawan City at around 5 am on Monday.

Two improvised explosive devices were allegedly seized from Akbar during his arrest.

The military said Akbar was arrested based on an arrest warrant for double murder and multiple frustrated murders issued by a regional court. Baldomar alleged that Akbar is a bomb expert working for the extremist Dawlah Islamiya-Hassan group operating in Central Mindanao.

“Akbar is among those responsible for at least two bus attacks in North Cotabato,” Baldomar said.

Baldomar said Akbar was responsible for the January 27 bombing of a bus owned by Yellow Bus Lines in Tulunan, Cotabato province.

The bomb attack killed a vendor who was selling fruits beside the parked bus and hurt three bystanders.

Baldomar said Akbar was also allegedly behind the burning of another bus owned by the same company in M’lang town, Cotabato province on June 3.

Three passengers were trapped and died inside the burning bus. – Rappler.com