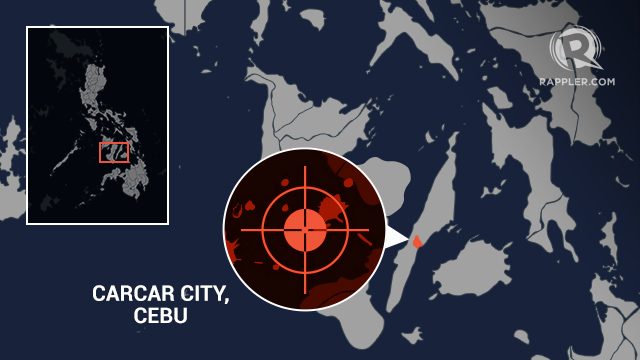 The son of Carcar, Cebu Mayor Mercy Apura survived an attack by unknown gunmen at around 3:40 pm on Monday, January 18.

The incident was confirmed by Police Corporal Renante Dayuja of the Carcar City police in a phone interview with Rappler.

Anthony John Apura was in his car near the Acacia Grill restaurant in Carcar City when the attackers peppered the vehicle with bullets on Monday afternoon.

Dayuja said the victim was unharmed in the attack. Authorities are still investigating the motive behind the attack, as well as the identities of the gunmen.

Apura is the barangay captain of Barangay Valladolid in Carcar, and the incumbent president of Carcar’s Association of Barangay Captains.

Carcar, located about 39 kilometers south of Cebu City, is a mid-sized city of over 119,000 residents.

While it’s not yet known if Monday’s attack was politically motivated, violence leading up to an election year is common, especially in vote-rich Cebu.