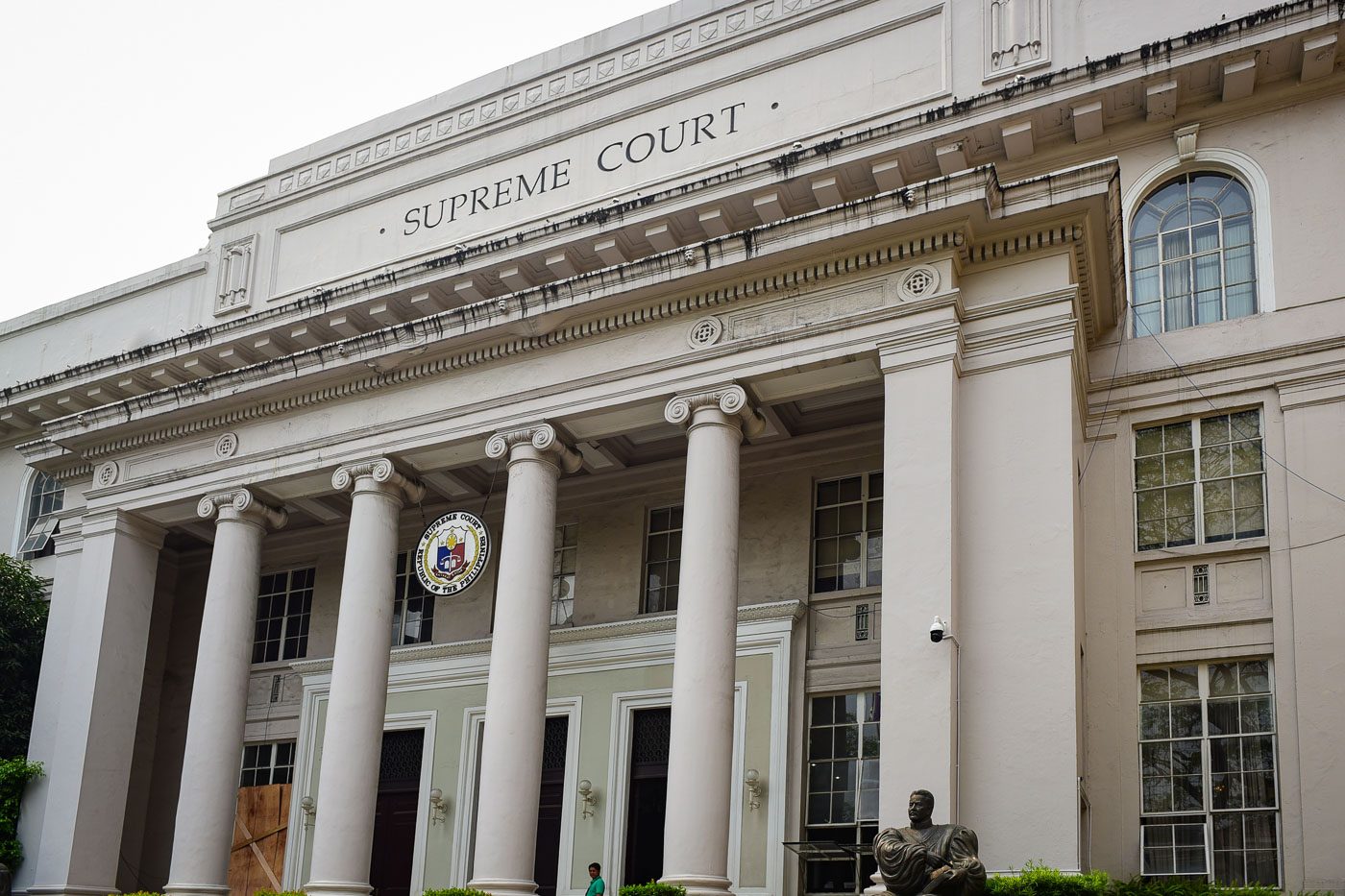 MANILA, Philippines – The Supreme Court (SC) did not grant the plea for clemency of a former judge who was dismissed in 2016 over gross ignorance of the law for issuing orders in favor of ex-Globe Asiatique president Delfin Lee, who was charged with simple estafa over an alleged fraudulent housing scam.

Former Pasig City Regional Trial Court Branch 167 presiding judge Rolando Mislang asked the High Court in September 2021 to grant his petition for judicial clemency so that he could retire with full benefits and for his disqualification from government service to be lifted.

But the SC en banc denied his request in a 14-page resolution dated February 15, 2022, which was uploaded on the Court’s website only on Wednesday, May 18. The High Court said Mislang did not show “ostensible proof” of his “genuine repentance and remorse of his past infractions.”

Mislang was unanimously dismissed from service in 2016, after he issued orders in 2011 derailing the Department of Justice (DOJ)’s proceedings on the syndicated estafa charges against Lee and several others over their alleged involvement in a fraudulent housing scam. The SC in 2018 downgraded the charges against Lee to simple estafa, and allowed him to post bail after four years in detention.

The Home Development Mutual Fund and the DOJ filed complaints against Mislang’s conduct. The SC’s Office of the Court Administrator recommended that Mislang be found guilty of gross ignorance of the law, which the High Court adopted.

The SC also noted that Mislang had already committed serious infractions, in two separate administrative complaints where he was found guilty of gross ignorance of the law. In the first, he was fined P20,000 in 2008; in the second, he was served a six-month suspension in 2015. In both rulings, Mislang received a stern warning from the Court that a similar transgression “shall be dealt with more severely.”

In ruling on Mislang’s petition for clemency, the SC observed that while he waited for five years from dismissal before filing a request, the former judge still believed in the unfairness of the penalty against him. The ex-judge also tried to seek President Rodrigo Duterte’s intervention in his case in 2019.

The en banc pointed to a June 2021 letter Mislang himself sent to the SC where he continued to insist on his innocence. Only in his September 2021 appeal did he admit remorse and accept the dismissal against him.

“As the Court sees it, the lack of remorse of petitioner throughout the years negates a prima facie finding that he had genuinely repented for his ways,” noted the SC.

“His bare statement in the petition that he ‘expressed his heartfelt apology and remorse for [his] misdeeds’ leaves much to be desired as it appears that he had only accepted the Court’s ruling to dismiss him in the present petition filed a few months ago,” it added.

In addition, the High Tribunal did not consider some of Mislang’s supposed activities after dismissal, such as giving free legal advice for needy individuals and helping out in socio-civic legal services of the Lord’s Vineyard Covenant Community. The SC said his proof was “generally worded and lacks any specific details.” Mislang also did not attach written testimonies to support his claim of giving free legal advice.

The SC likewise did not accept Mislang’s claims of “immense economic strain, being the primary breadwinner of his family, and owing to enormous costs for his son’s medical procedure, as well as for the payment of his own maintenance medicine.”

“[The] grant of clemency must still always be delicately balanced with the preservation of public confidence in the courts. When there is no showing of genuine remorse or that the petitioner has sufficiently reformed his ways, the Court must temper its grant of mercy with the greater interest of the public,” said the SC.

“[While] the Court can only commiserate with the dire personal circumstances of a petitioner pleading for clemency, genuine remorse and reformation are indispensable in according such relief.” – Rappler.com