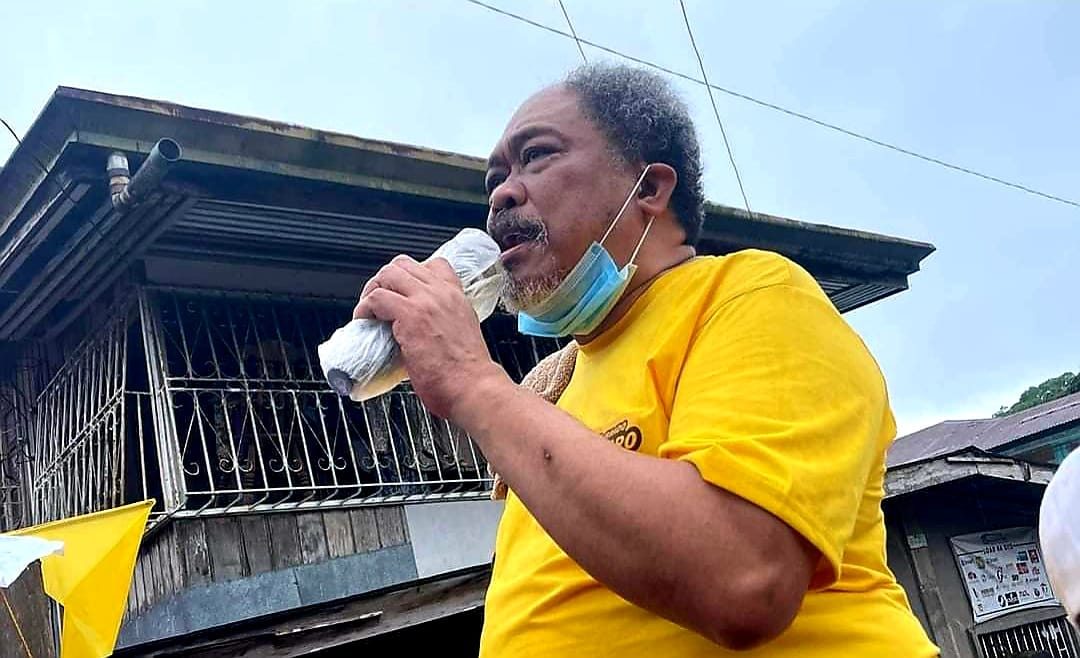 SURIGAO DEL SUR VICE GOVERNOR. Surigao del Sur Vice Governor Librado Navarro speaks to a crowd while campaigning for Bislig mayor. The politician was arrested on June 9, 2022, in connection with a case for syndicated estafa case and violation of a law on investments.

Authorities arrested Navarro in connection with a case for syndicated estafa case and violation of a law on investments on Thursday, June 9.

Police said there were new arrest warrants against Navarro issued on Tuesday, June 7, by the Regional Trial Court Branch 28 in Lianga, Surigao del Sur, and RTC Branch 27 in Gingoog City in Misamis Oriental.

The two Navarros and Macheca were accused of syndicated estafa in Lianga, while the vice governor and the Fayyads were charged with two counts of violation of the Securities Regulations Code in Gingoog City.

“Again, I remind the public not to be enticed by people or businesses that promise big interests. Those who offer impossible returns are frauds. Let this also serve as a stern warning to those still involved in scams and continue to take advantage and deceive others – you will have a place in jail,” Caramat said.

The cases followed the complaints of many residents of Surigao del Sur and Misamis Oriental who claimed they were not paid the promised investment returns by Navarro’s company, DMT Demeter C. L Agri-Products Corporation.

The company allegedly promised investors huge returns in a matter of weeks.

In one Surigao del Sur town alone, the company allegedly received investments that reached at least P50 million in what authorities called a double-your-money scheme.

It was the second time Vice Governor Navarro was arrested since March 17.

They posted bail in March arrest, allowing Navarro to campaign for the mayorship of Bislig, a position he held in the past.