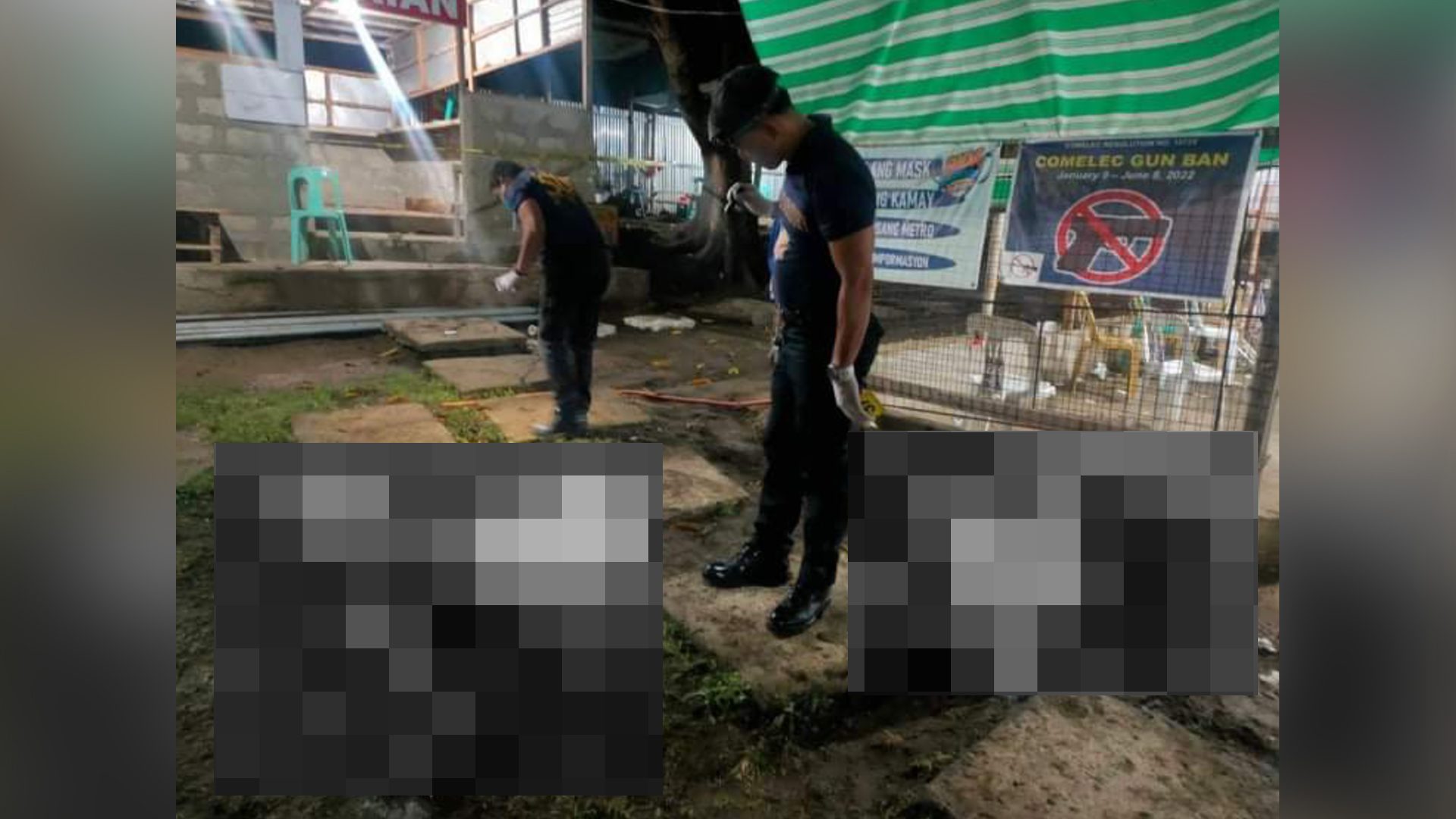 BATANGAS, Philippines – Four people, including a policeman, were killed while two civilians were wounded in a shootout between police and suspected assassins in Calatagan town on Saturday evening, March 12.

Calatagan police identified the slain policeman as Patrolman Gregorio Panganiban Jr, assigned to the Calatagan Police as an Assistant Finance Police Non-Commissioned Officer and member of the Traffic Patrol Team.

Three suspects, identified as Joel Robles Herjas, Rolly Herjas, and Gabriel Robles Bahia were also killed in the shootout. The three were all residents of Barangay Biga in Calatagan, Batangas.

Civilians Joselito Carlum and Mayumi Dunaway sustained gunshot wounds to their bodies and were rushed to Metro Balayan Medical Center for treatment.

According to reports, personnel from the Calatagan Municipal Police received information there were suspicious armed men roaming around the Calatagan Cockpit Arena past 10:00 pm.

An investigation revealed the armed men were allegedly planning to assassinate a certain Michael Comaya, the municipal councilor of Lian town in Batangas and the administrator of the said cockpit arena. Officers were dispatched to the area to verify the report.

Shortly upon arriving at the area, the suspects reportedly fired their guns at the policemen, prompting them to return fire and resulting in the death of the suspects.

Panganiban, who was shot in the chest during the incident, was rushed to Metro Balayan Medical Center but was declared dead on arrival by the attending physician.