Tarlac Bishop Enrique Macaraeg condemned the killing of an unarmed mother and son in his province, as it “makes us bow in shame, guilt, and shock” ahead of Christmas.

Macaraeg, leader of more than 887,000 Catholics in the province of Tarlac, said the incident shows how “impunity has become ingrained” in the country. He said God, however, promises justice, “even if sometimes justice on earth is hard to find.”

“Whether posted on social media or done hidden without a witness, killing is a sin. God sees all these killings. There is no escape from God’s punishment. Killing is wrong. Murder is evil,” Macaraeg said in a statement posted by the news service of the Catholic Bishops’ Conference of the Philippines (CBCP) on Tuesday, December 22.

Duterte distances himself from abusive cops after Tarlac shooting 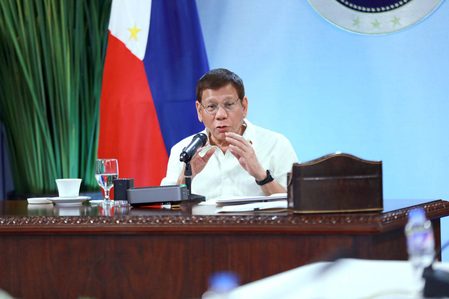 Like Macaraeg, Bishop Oscar Jaime Florencio – who ministers to soldiers and policemen as head of the Military Ordinariate of the Philippines – said the shooting incident was “uncalled for.”

“It’s a pity that we have people killed in this time of pandemic and in the season nearing Christmas,” Florencio said.

Bishop Pablo Virgilio David, vice president of the CBCP, also referred to the Tarlac shooting incident in a homily on Tuesday.

The Catholic Church is one of the staunchest critics of the culture of impunity under the Duterte government. Duterte, in turn, has lashed out at Catholic leaders, once even threatening to behead any bishop “who is into drugs.” – Rappler.com