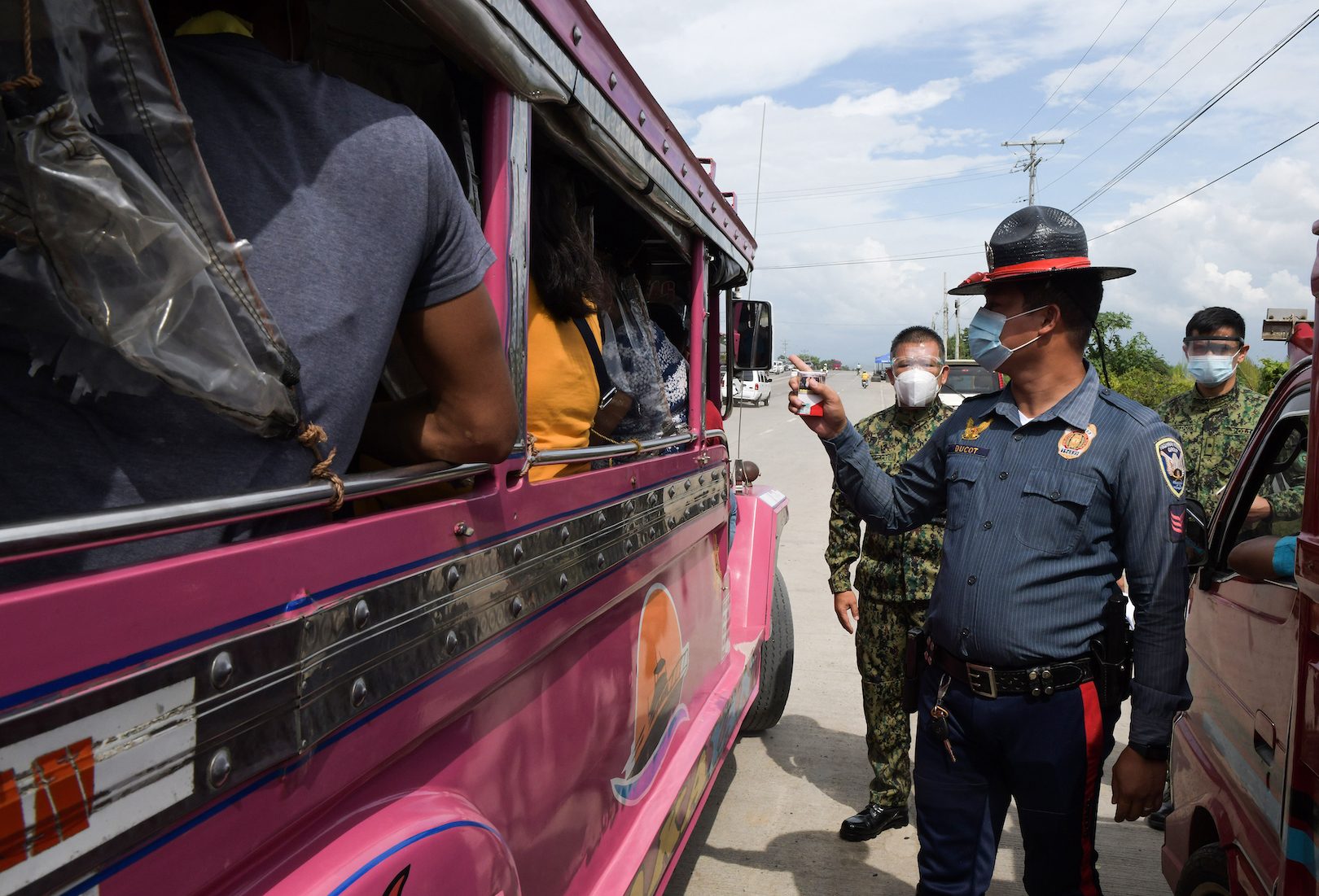 CHECKING CAPACITY. A Highway patrol police officer manually counts the number of passengers inside a jeepney at the border checkpoint between Cagayan de Oro and Opol town, Misamis Oriental on Saturday, July 17, 2021.

Heath Secretary Francisco Duque III on Monday, July 19, tasked public health frontline workers in Cagayan de Oro and Gingoog cities to step up contact-tracing efforts to keep the number of COVID-19 cases down as well as to prevent the more infectious Delta variant from spreading.

Duque gave the instruction as he and other officials of the COVID-19 Inter-Agency Task Force (IATF) met with Cagayan de Oro Mayor Oscar Moreno and Gingoog Mayor Erick Cañosa to assess how the local governments were implementing quarantine measures in the two cities.

Cagayan de Oro and Gingoog were placed under the strictest enhanced community quarantine (ECQ) classification on Friday, July 16, after it was confirmed that the cities had six cases of Delta variant infections.

Although the patients recovered, Duque said officials wanted to make sure that the cities were already Delta variant-free.

Health officials stopped the patients from being discharged so they could be observed further, and so they could review their list of contacts again.

“The backtracking would take some time. We just want to make sure,” Duque said.

He also asked the Cagayan de Oro and Gingoog governments to quickly isolate those who would test positive for COVID-19.

Galvez said the government would also send thousands of doses to General Santos City and Tawi-tawi province where cross border connections with Indonesia and Malaysia – countries badly hit by the Delta variant – were largely unchecked.

He said the Johnson & Johnson vaccine would be supplied to other regions where Delta variant cases were reported.

“We will supply you with the Johnson & Johnson as many as you want as long you double your vaccination drive,” he said.

Galvez said Cagayan de Oro City should increase the number of vaccinated people to at least 5,000 a day, and 2,000 a day for Gingoog.

Galvez said if Cagayan de Oro could inoculate 5,000 people every day, then 70% of the city’s 700,000 population would be vaccinated by December, this year.

The Philippines received a donation of 1.6 million doses of the Johnson & Johnson vaccine from the US on July 17.

The US said it would be donating a total of 3.2 million doses which Johnson & Johnson claimed provided “durable protection” against the Delta variant. – with reports from Herbie Gomez/Rappler.com