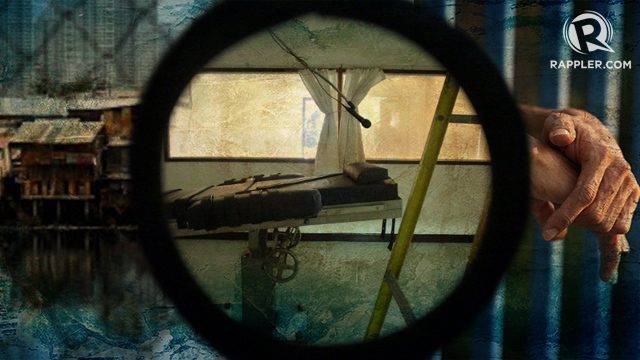 Facebook Twitter Copy URL
Copied
October 10 is World Day Against the Death Penalty. Here's what you should know.

MANILA, Philippines – At least 28,670 persons around the world are facing the death penalty, according to Amnesty International.

Celebrating its 20th year, the 170-organization-strong movement also advocates against the inhumane means and treatments used against people on death row. “The World Day will be dedicated to reflecting on the relationship between the use of the death penalty and torture or other cruel, inhuman, and degrading treatment or punishment,” the group said.

Amnesty International recorded 579 executions in 18 countries last 2021. China continues to be the country with the most executions, estimated to be in the thousands, but exact numbers are kept under lock and key. North Korea and Vietnam’s number of executions are also being hidden.

Belarus, Japan, and the UAE resumed executions last 2021, while India, Qatar, and Taiwan did not have any executions that year. The countries of Sierra Leone, Kazakhstan, and Malaysia have abolished the death penalty. Papua New Guinea abolished it once more – it had done so in 1974, reinstated it in 1991, before abolishing it last January 2022.

Death penalty in the Philippines

Capital punishment in the country dates back to the Spanish colonial era. Figures like national hero Jose Rizal, as well as Filipino Catholic priests Mariano Gomez, José Burgos, and Jacinto Zamora (GomBurZa), were executed by firing squad and garrote, respectively.

The electric chair was introduced as a method of execution during the period of American colonialization. After gaining independence in 1946, a total of six presidents have had executions during their term, namely: Elpidio Quirino (13), Ramon Magsaysay (6), Carlos Garcia (14), Diosdado Macapagal (2), Ferdinand E. Marcos (32), and Joseph Estrada (7).

The administration of Gloria Macapagal-Arroyo commuted the sentences of at least 1,230 death row inmates on April 15, 2006, a number considered by Amnesty International to be the largest ever. Republic Act 9346 was then signed on June 24, 2006, abolishing the death penalty in the Philippines. Life imprisonment and reclusion perpetua took its place.

Leo Echegaray was the last person to be served the death penalty in the Philippines in 1999 when he was executed via lethal injection. He was convicted for the rape of 10-year-old Rodessa Echegaray

Despite the lifting of the death penalty in the country, there are Filipinos abroad who are awaiting execution.

The most prominent among the convicted is Mary Jane Veloso, a domestic worker in Indonesia who was arrested and convicted in 2010 for drug trafficking. She was granted a last-minute stay of execution to act as a witness against her human trafficker. She has yet to testify due to delays caused by the COVID-19 pandemic.

According to the United States Death Penalty Information Center, as of October 2021, there are two Filipinos on death row, awaiting execution: Sonny Enraca for the fatal shooting of an actor in 1999 and Ralph Simon Jeremias also for the fatal shooting of two men in 2009. Two other Filipinos in Abu Dhabi were handed the death sentence for possession and sale of illegal drugs and substances last January 2022.

Former president Rodrigo Duterte was vocal about wanting to reinstate the death penalty during his term, saying that it is a fitting punishment for heinous crimes.

Former UN Human Rights commissioner Zeid bin Ra’ad al-Hussein, however, wrote to then-House speaker Pantaleon Alvarez and then-Senate president Aquilino “Koko” Pimentel III in 2016, telling them that a state that has signed or acceded to the United Nations Second Optional Protocol to the International Covenant on Civil and Political Rights, is not allowed by international law to denounce it or withdraw from it.

“When a State ratifies the Second Optional Protocol to ICCPR, it guarantees that no one can be executed within its jurisdiction,” he said.

The House of Representatives passed House Bill No. 7814 last March 2021, which allows the presumption of guilt for those involved in illegal drugs. The death penalty is the maximum punishment that can be meted out to sentenced persons.

Public opinion on the death penalty