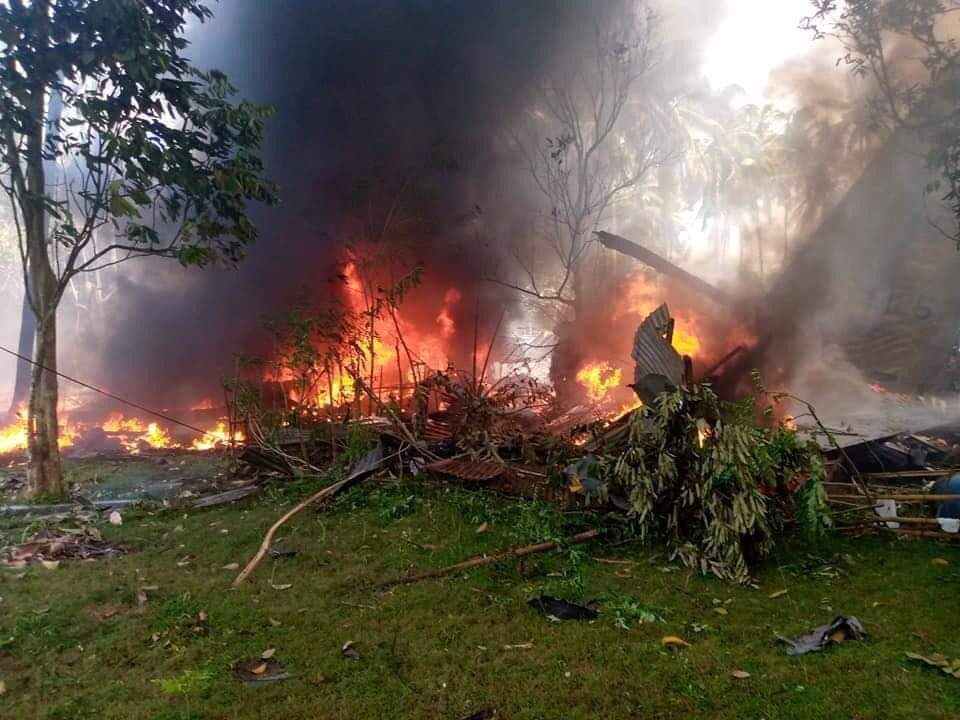 It was the worst air disaster in Philippine military history.

At least 49 army enlisted men, fresh from a training school and assigned to their first combat duty in Sulu, died when their C-130 Hercules military transport plane went down in flames before it could land at the Jolo Airport.

For most of these soldiers, it was likely their first time to be on a four-engine turbo-prop C-130H, the workhorse of the Philippine Air Force.  At least 47 of them survived the crash.

This is the third time that a Lockheed C-130 aircraft has crashed since the 1990s, when the Philippine Air Force started using the plane for logistics run, rapid troop deployment, and  humanitarian assistance and disaster relief operations.

When a C-130 crashed in August 1993 in Camarines Sur, it was carrying relief goods for typhoon victims. Thirty people died in the accident.

In 2008, a total of 11 people died when another C-130 went down minutes after it took off from an airport in Davao City.

Military pilots say the C-130 aircraft is one of the safest military planes because it has the capability to glide and will not drop from the sky.

The aircraft is suitable to land in any airfield, even in a short and unpaved runway, such as the 1.2-km at Pagasa Island in the Spratly Islands. In the case of the Jolo Airport, this was expanded more than a decade ago – with help from the United States –  from about 2,000 meters to 3.8 km.

There were speculations that the C-130 had overshot the runway and was attempting to pull up for another attempt to land when it ran out of power. Others were saying the aircraft’s brakes and reverse track did not function after it touched down on the runway.

The Philippine Air Force will examine all available data from the plane’s blackbox to determine if the crash was caused by mechanical defects or human error.

But the two pilots on board, both with ranks of major, were very experienced aviators with probably hundreds of flying hours in a C130 plane.

Military spokesman Major General Edgard Arevalo appealed to the public to avoid speculating on what happened. “This exacerbates rather than helps in the current situation,” he told a news conference on Monday, July 5, a day after the crash. “The public can be assured the armed forces will be transparent in the conduct of the investigation. At this point, we have to wait for the result of the investigation.”

The Philippines has only five C-130 aircraft. Only two are flying and three are undergoing preventive maintenance. (READ: Sulu crash leaves AFP without C-130s)

A brand-new C-130 aircraft costs more than $150 million, but the plane that crashed was acquired this year by the Philippines from the United States for about P1.54 billion or roughly $32 million. 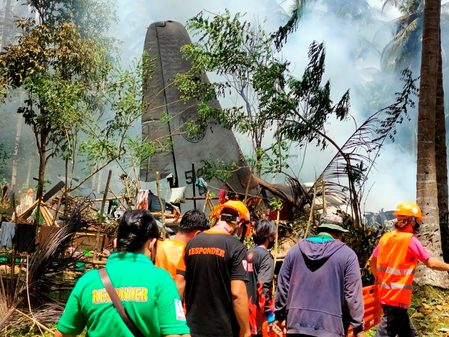 Arevalo conceded the crash will definitely have an impact on its operations. The C-130 planes are not only ferrying troops and military supplies but they were transporting medical equipment and supplies during the coronavirus pandemic. It had also flown personal protective equipment bought from China.

It is now uncertain how the Philippines will proceed with its first-ever air-to-air four-day exercise with the Japanese Air Self Defense Forces in Clark.

Japan is sending a C-130 aircraft to show Filipino pilots how to load and unload cargo as well as air drop relief goods in a disaster area. –Rappler.com