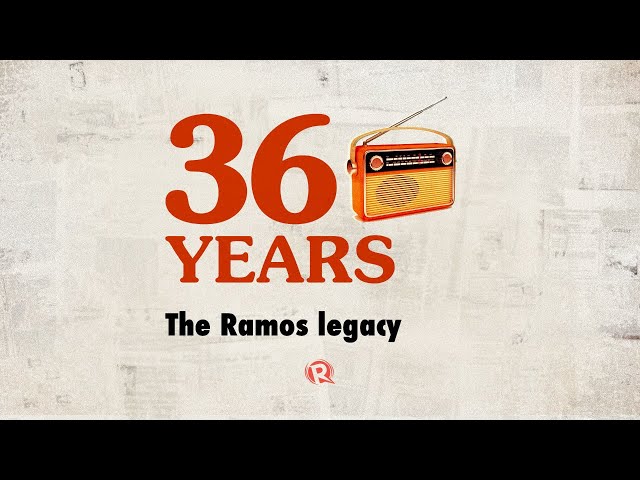 Facebook Twitter Copy URL
Copied
We explore the legacy Fidel V. Ramos leaves behind through the lens of someone who knew him better than most – his grandson, Patrick Salazar-Jalasco

MANILA, Philippines – The presidency of one Fidel V. Ramos, at least for a generation of Filipinos, is both a distant memory and recent history. Elected into power in 1992, the former soldier is remembered for helping bring a young democracy together just as political movements and forces threatened to tear it apart.

Ramos passed away on July 31, and in the weeks that followed, Filipinos have since taken stock of the years after the revolution and the Ramos administration’s place in history.

This week on 36 Years, we explore the legacy Ramos leaves behind through the lens of someone who knew him better than most – his grandson, Patrick Salazar-Jalasco.

How should we make sense of FVR’s place in Philippine history and what do we need to know about the lessons from the former general and president?

Links to articles and resources we discussed in the episode:

New episodes of 36 Years stream on Rappler’s social media pages every Tuesday night, with an audio-only version dropping on all podcast platforms every Thursday. – Rappler.com