After five hearings since August, the Senate blue ribbon committee wrapped up on Thursday, October 20, its two-month investigation into the P2.4-billion procurement of the allegedly overpriced laptops.

The DepEd has been under scrutiny after the Commission on Audit (COA), in its 2021 report, flagged the purchase of “pricey” and “outdated” entry-level laptops for teachers priced at P58,300 ($990.04) each.

Purchased through the Procurement Service of the Department of Budget and Management (PS-DBM), the DepEd’s Intel Celeron laptops ended up more expensive than the MacBook Air with the advanced M1 chip, whose price starts at P57,990 ($984.83).

During the Senate hearings, a DepEd official revealed that the memorandum of agreement (MOA) between the DepEd and PS-DBM was only signed on May 28, 2021 – contrary to earlier statements of other education officials that it was completed on February 16, 2021.

Senators had said that because of this, it was possible the deal between the DepEd and PS-DBM on the purchase of laptops was flawed.

One of the biggest questions during Thursday’s hearing was why there was a discrepancy in the date of the MOA.

“It got too complicated because you saw how, in the beginning, they fought over the dates, but it was proven that until May, the MOA wasn’t finished,” said Tolentino, chair of the Senate committee.

“They had a MOA that was dated February 16, 2021. It was definitely planned. The conspiracy angle is there,” he added. 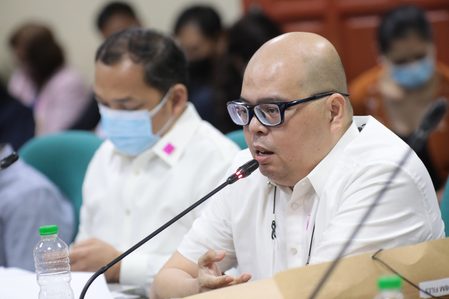 The eight-hour hearing tried to identify who was responsible for the allegedly antedated MOA, prompting DepEd officials to point fingers at each other.

Former DepEd procurement officer Mark Bragado questioned the MOA, which he said was not completed until May 2021 – shortly before the laptops were purchased – but was dated February of the same year.

He said the antedated memo came from DepEd Undersecretary for Finance Anne Sevilla and her staff. Sevilla denied Bragado’s allegation. 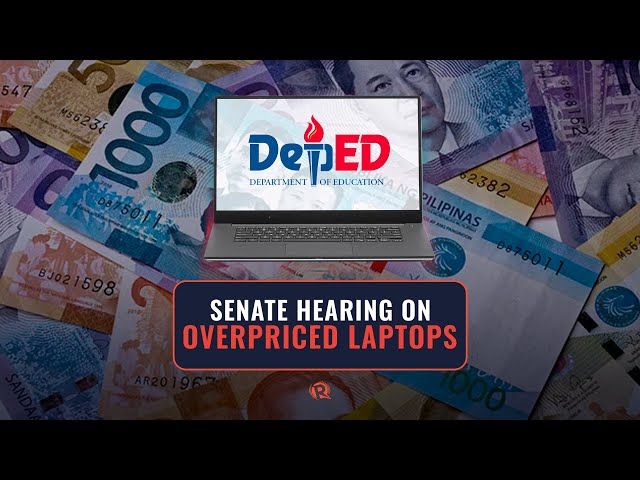 “Contrary to what Atty. Bragado is saying, the date in the MOA did not come from us. It is from him [Bragado],” Sevilla said.

Neither Sevilla nor Bragado admitted who was responsible for the February date in the MOA.

The Senate panel highlighted, however, a message from Sevilla in a group chat, asking Bragado to explain the delay in the MOA when the P2.4 billion was already obligated – or included in the budget – as early as February 2021.

Bragado said an agreement was reached on April 30 that year that a separate MOA needed to be made for the P2.4-billion purchase. He maintained his claim that the February 16 MOA was antedated.

Another question raised during the hearing was why former budget secretary Wendell Avisado allowed funds meant to purchase data load for students to be used for the procurement of the allegedly overpriced laptops.

Pressed by Tolentino, Avisado said he could not remember if he even approved it or not.

The blue ribbon committee investigation showed that Avisado approved a request from the DepEd to use P2.4 billion from its maintenance and other operating expenses fund for the laptop deal.

The fund was intended to provide students with data load at a time when the DepEd implemented a remote learning setup because of the COVID-19 pandemic. State auditor Job Aguirre presented to the committee his findings on the quality of the laptops purchased.

It also took 15 seconds to load Microsoft Excel on the government-bought Dell laptop, while the same process only lasted for 2.15 seconds using the HP laptop.

The COA said that out of the 2,378 laptops that DepEd received so far, at least 1,678 remain in storage.

Dell country manager Ronnie Latinazo responded to the simulation, saying the comparison could be misleading and “not like apples to apples.”

Celeron is Intel’s brand for its low-cost processors, introduced back in 1998. It is set to be phased out in 2023. – Rappler.com