Landslides, flooding from Bising displace over 109,000 in Bicol 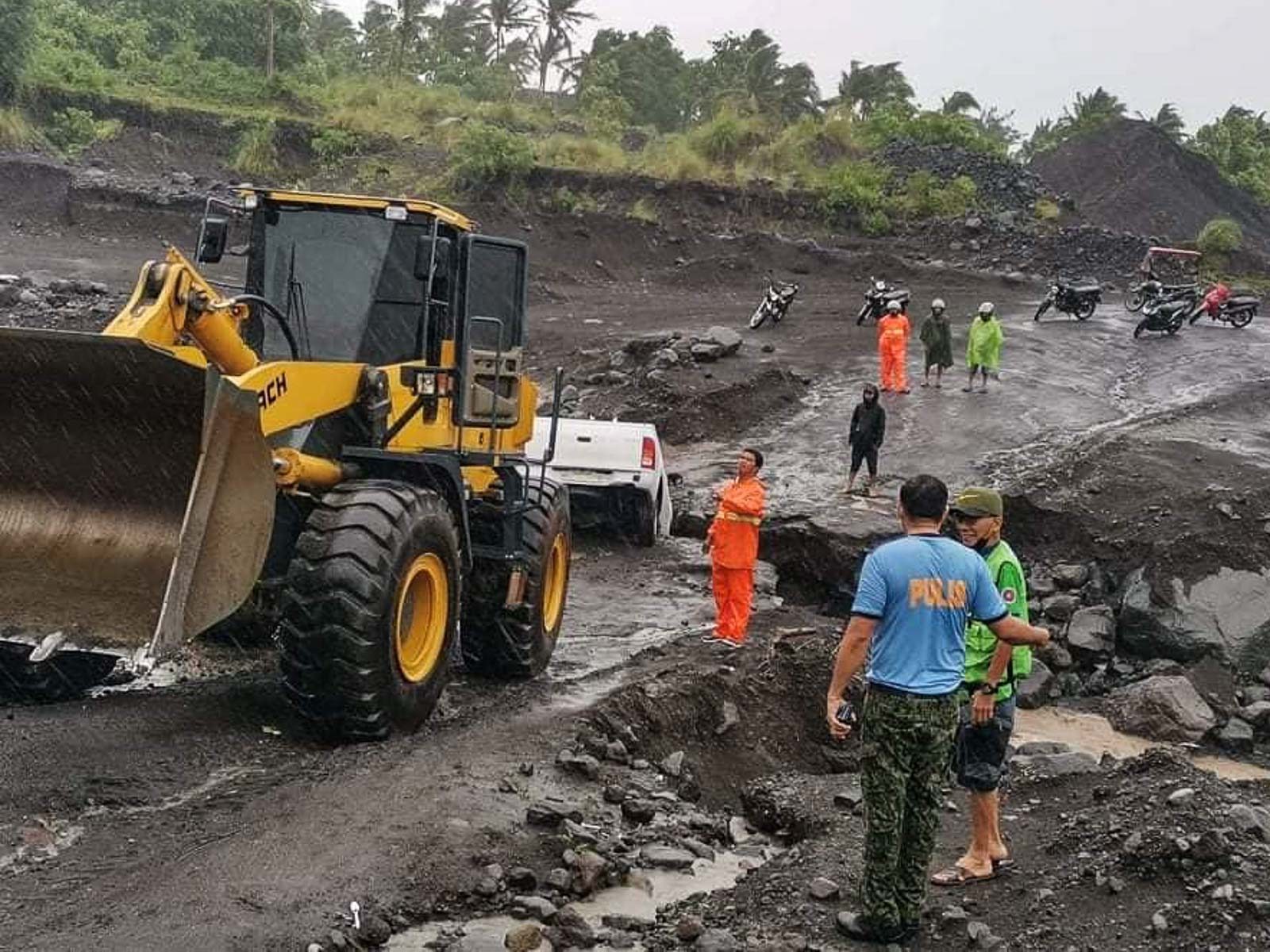 Bicol cops assist the evacuation and lifting of a vehicle fallen in a scourged detour at Budiao village in Daraga town in Albay due to cascading water from the foot of Mt. Mayon on April 19, 2021.

Facebook Twitter Copy URL
Copied
At least 109,815 people in Bicol are displaced by Typhoon Bising, though the decampment of evacuees back to their homes has already started in some areas

In Albay, a pick-up truck was swept along by a flood from the foot of Mount Mayon after the detour road at Barangay Budiao in Daraga town was engulfed by water and debris from Mayon.

The passengers of the truck were saved by members of Daraga’s police force, led by Police Lieutenant Colonel Ronnie M. Fabia. Fabia and his men also used heavy equipment to lift the fallen vehicle from the inundated detour road.

The Philippine National Police in Bicol meanwhile deployed personnel across the Bicol region to assist local government units (LGUs) in the evacuation of residents near coastal and low-lying areas.

As of a 4:30 pm update, there were currently no casualties or damage reported in Albay, according to Cedric Daep, chief of the Albay Public Safety Emergency Management Office (APSEMO). However, 16,824 families – 59,656 individuals – were displaced by the typhoon. Of this number, 17,574 individuals were in Malinao, 9,562 were in Tiwi, and 8,383 were in Camalig.

Legazpi City Mayor Noel Rosal on Monday afternoon ordered the decampment of evacuees. Other local government units appeared to follow suit, though Guinobatan town Mayor Gemma Ongjoco deferred the decampment due to the threat of lahar. Local disaster risk reduction responders assessed the situation in various areas of Bicol before recommending sending evacuees back to their respective houses.

The Provincial Disaster Risk Reduction and Management Council (PDRRMC) Emergency Operation Center of Catanduanes reported 15,852 families – or 57,793 individuals from 11 municipalities – were displaced by Typhoon Bising. Additionally, roads to and from Virac to Bato towns were temporarily closed due to falling debris and rocks caused by the heavy rain.

Flooding and sporadic landslides were also reported in several towns of Catanduanes.

At least 959 persons were stranded in various seaports due to weather conditions. – Rappler.com