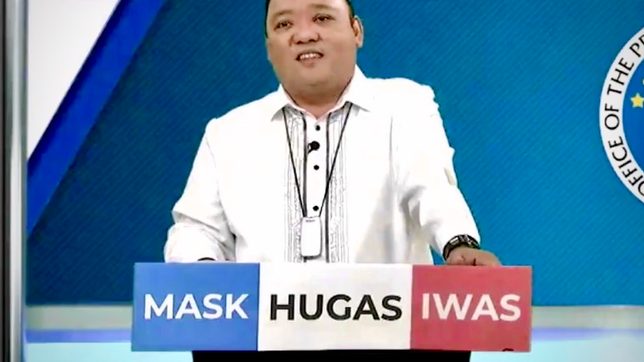 Presidential Spokesman Harry Roque attempted during a media briefing on Tuesday, December 29, to end the blistering issue of smuggled Sinopharm vaccines administered to military personnel, saying that all that needed to be said has been said.

“Tapos na po ang usapan na ‘yan (That issue is over),” Roque said, responding to the opening question from journalists asking for details how presidential guards were able to get vaccinated legally.

Roque, a lawyer, first defended the selective vaccination by saying that the jabs were donated, stressing that taxpayers paid no peso for their acquisition.

“There was no expense made with the money of the people here, so there has been no failure in priority that we earlier told the public,” Roque said in Filipino.

Roque said the government’s priority remained the same: that the elderly, the vulnerable, and front liners were still on top of its list for inoculations. He did not explain, however, how the donated vaccines still ended up with military men instead of these supposed priority citizens.

“Your government has not been remiss,” Roque asserted. Then more questions came.

Roque was then asked to react to a statement by Filipino Nurses United, which slammed the government’s prioritization of soldiers over medical frontliners.

Instead of explaining the government’s decision process, Roque dismissed the criticism.

“Wala pong katuturan yang pagpupulang iyan. Talagang galing siguro yan sa mga nais lang matigil ang termino ng presidente (There is no truth to that criticism. Maybe that is from people who want to end the term of the President),” Roque said.

How are the vaccines legal?

A reporter was then placed on the line and she asked Roque how the vaccines for the soldiers got smuggled into the country even when the Food and Drug Administraion (FDA) has not issued an emergency use authorization.

Roque defended the government, saying that only “official” and “commercial” distribution of vaccines were outlawed in the country. This means those who illegally distributed the vaccines could be held accountable, not the ones who have been vaccinated.

Asked to say how the vaccines were able to slip past the government’s own importation regulations, Roque replied, “Hindi ko po alam kung paano po yan nakalusot (I don’t know how those slipped through).”

Another question raised the possibility of corruption because the government received unapproved vaccines as a “donation,” violating the Anti-Graft and Corrupt Practices Act or Republic Act No. 3019.

In response, Roque argued that vaccines could be categorized as a Christmas season “token”, or occasional gifts of negligible value, so there could be no corruption involved. He likened vaccines to a birthday cake that personnel from his office gave him once.

Contrary to Roque’s claim, vaccines are currently one of the most scarce and sought-after medical resource in the world, so much so that the Philippine government lags in its procurement.

A journalist challenged him on his position, but Roque decided to already pull back.

“I am not debating. I am just restating what the law says,” Roque said. – Rappler.com