MISMATCH. The number of samples sent by the Bacolod City government to the molecular lab of the Corazon Locsin Montelibano Memorial Regional Hospital do not match the number of tests needed for every positive case, health experts warn.

Dr. Ronel Sario, Philippine College of Physicians (PCP) Negros Occidental chapter president, and Dr. Julius Drilon, head of the Corazon Locsin Montelibano Memorial Regional Hospital (CLMMRH), said many of the moderate to severe cases arriving in hospitals were not on the confirmed list of cases because they had only taken rapid antigen tests.

Sario told Rappler that most COVID-19 patients in the province and Bacolod City consult or have themselves admitted to two government hospitals – the Corazon Locsin Montelibano Memorial Regional Hospital (CLMMRH) in Bacolod City and the Cadiz District Hospital in Cadiz City.

Many patients with mild and moderate symptoms have told doctors they had only antigen, instead of RT-PCR tests, he said. 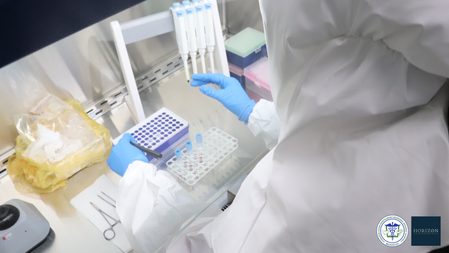 Drilon said one patient who only went to the hospital for a simple itchy throat was later found to be positive of COVID-19 after testing.

The big price difference between RT-PCR tests and rapid antigen tests has more people opting for the latter if they fear exposure from a COVID-19 patient.

Both doctors warned that transmission of COVID-19 cases right now is “very fast.”

The CLMMRH on Thursday, January 20, quoted the OCTA research group as reporting a 3.07 COVID-19 reproduction number in Bacolod City.

The reproduction number (Ro) is the number of cases directly caused by an infected individual throughout his infectious period.

This means infections could triple by the day. Drilon said samples show that even “targeted testing” of close contacts of positive cases has fallen behind.

As of January 19, Negros Occidental had 1,335 active cases while its capital city Bacolod had 1,018.

Negros Occidental has a 1,640% two-week growth rate, and a 3.02 average daily attack rate.

Drilon has described the trajectories of these two metrics as “steady and deadly.”

The Department of Health (DOH) has tagged Bacolod City as “critical risk transmission” area and Negros Occidental as “high-risk”.

Both the province and the city are under the Interagency Task Force Alert Level 3 until the end of the month.

If one household member gets infected, chances are that 90% of that household will also contract the virus, Sario told Rappler. He said infected individuals, who may not know they are COVID-19 carriers, could be going around outside their houses and transmitting the virus.

If they don’t report positive antigen tests and do not follow-up negative results, nothing can stop the spread.

The virus spreads quickly because there is movement of people, Sario stressed.

He urged the local government to strictly implement health protocols, testing, and isolation.

“We have to isolate and get tested. Follow the minimum health protocols and vaccination compliance, and avoid gathering outside our bubble,” he added.

He also said implementation of testing and isolation in every barangay should be standardized because “their understanding (of the protocols) matters.”

Drilon said 113 CLMMRH employees were affected by COVID-19 from January 1 to 18, with most of them considered to have breakthrough infections.

Since all health workers were fully vaccinated,  none developed severe disease, he added.

CLMMRH probers are looking at two factors behind the infections, Drilon said.

“This is because not all of them have their vehicles when going to work. They still use public transportation. And their companions in their households, especially those who are not staying in, have been infected,” he explained.

Seven of the 10 positive employees are not members of the COVID team, Drilon said.

The hospital management has limited admissions in four departments - Surgery, Orthopedics and Traumatology, Obstetrics and Gynecology, and Pediatrics - to “extreme emergency cases.” - Rappler.com