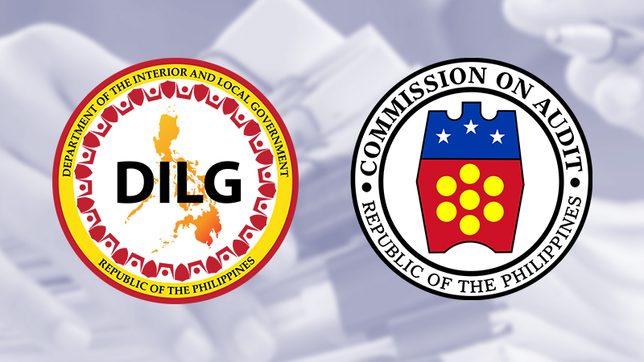 Over P3 billion worth of projects farmed out by the Department of the Interior and Local Government (DILG) over many years have not been completely liquidated, state auditors found.

Based on the 2020 annual audit report on the DILG, the amount covered fund transfers to local government units worth P2.6 billion – the biggest chunk – for projects that include those catering to poor and conflict-affected communities.

Among such projects, the Commission on Audit (COA) said, was Salintubig, which the DILG said was “designed to provide water supply systems for waterless municipalities.”

In Northern Mindanao, unliquidated fund transfers for the Salintubig program amounted to P67 million, a part of which was meant for the people of war-ravaged Marawi.

A DILG press release in 2018 noted that the city government of Marawi and the DILG regional offices in Northern Mindanao and what was then the Autonomous Region in Muslim Mindanao forged a tripartite memorandum of agreement for the project.

“The Salintubig Project in Region 10 includes a project that was started in June 2018 and was targeted to be completed by December 2019, but as per Status Report as of December 2020, it was less than 50% completed, thus, depriving 2,156 households in Marawi City access to potable water,” the audit report said.

The DILG said the project was delayed due to issues in land ownership and right of way where the water tanks and pipes would be located, as well as the COVID-19 pandemic.

“The completion date is revised to on or before the end of December 2021. Currently, the project’s physical accomplishment to date is 70%,” the DILG commented, as reflected in the audit report. “As to date, [Marawi] LGU was able to liquidate the amount of P15,602,293.”

State auditors also found that of the P372 million unliquidated by national government agencies, P223 million was transferred by the DILG between 2011 and 2019. The Presidential Commission for the Urban Poor is responsible for a chunk of it – around P191.4 million.

COA also called out the DILG for making fund transfers to the Department of Public Works and Highways (DPWH) and the Procurement Service of the Department of Budget and Management (PS-DBM) “despite [the] existence of outstanding balances and prior to the submission of liquidation documents.”

Fund transfers to the DPWH and PS-DBM accumulated to P60 million for 2020 even when both agencies had an outstanding balance of P92 million as of end-2019.

The COA asked the DILG to refrain from transferring more money to agencies that have yet to settle their deficiencies.

“We recommended and Management agreed to refrain from granting additional fund transfers to agencies with unliquidated balances and adhere strictly to the requirement of COA Circular No. 2016-002 dated May 31, 2016,” the report noted.

That circular noted that funds previously transferred to the implementing agency should be liquidated and accounted for in the books “to safeguard [the] public funds against misuse.”

Some P4.1 million worth of fund transfers to regional offices, as well as P6.6 million to non-governmental organizations and civil society organizations, were also unliquidated.

“We recommended and Management agreed to strictly monitor and enforce liquidation of fund transfers in accordance with COA Circular No. 94-013 and relevant provisions of the MOA, and determine the cause for non-liquidation of the same,” state auditors wrote.

The circular states that implementing agencies shall submit documentary requirements for liquidation of fund transfer to the source agency “within 10 days after the end of each month [or] end of the agreed period for the project.” – Rappler.com